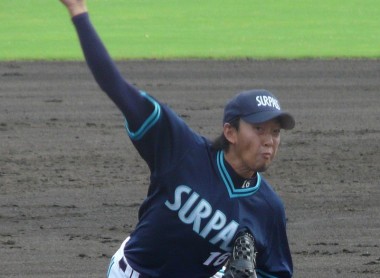 Hirano Yoshihisa vs Otani Shohei : Who Will Win?

Hirano Yoshihisa vs Otani Shohei : Who Will Win?

Is Ichiro Still Valuable Enough to Play in MLB?

Is Ichiro Still Valuable Enough to Play in MLB?

The sports industry mourns: The popular sports journalist Dick Enberg died on Thursday at the age of 82 in his home in San Diego.

Jürgen Klopp Speaks for the First Time About Leaving from Liverpool

Jürgen Klopp spoke about his future at Liverpool at the press conference before the match against Arsenal.

Beyonce is reportedly interested in buying a part of the Houston Rockets following the decision of the owner to sell the said NBA franchise.

The Phoenix Suns reportedly would not want to give up Josh Jackson for a possible trade with the Cleveland Cavaliers for Kyrie Irving since Jackson was the fourth overall selection in the June NBA Draft.

The owner of Cleveland Cavaliers just confirmed that they still expect Kyrie Irving to join them in the camp this September amidst reports that the player demanded a trade.

Reports claimed that the Cleveland Cavaliers was close to trading Kyrie Irving for Paul George and this would have involved three teams with Kevin Love to Denver.

Derick Rose just reached an agreement on a one-year deal with the Cleveland Cavaliers while Lebron James took to Twitter to welcome their new teammate.

Lebron James Plans To Stay With The Cavs Until End Of Contract; Kyrie Irving Reportedly Requested A Trade

Lebron James is said to be committed to fulfill his contract with the Cleveland Cavaliers as it was reported that he has no plans in waiving his no-trade clause.

Latest NBA reports claimed that Derrick Rose is in serious talks with the Cleveland Cavaliers for a one-year contract despite another possible deal with the LA Lakers.

The Los Angeles Clippers just re-signed free agent forward Blake Griffin while Doc Rivers was quick to address that there is no bad blood between him and their former player Chris Paul.

Sports news revealed that the Cleveland Cavaliers was closer to acquiring Jimmy Butler from the Bulls on the exact day Griffin and the team parted ways.

Latest NBA news confirmed that the Indiana Pacers once offered Paul George to the Golden State Warriors for Klay Thompson but the Warriors said no.