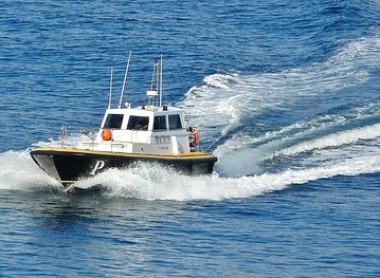 The mother and son pair drifted in the Chesapeake Bay while trying to retrieve a ball. They were not seen since then.

No one expected that 5-year-old Savannah Adams will die in a very gruesome manner on the hands of her guardian.

A teenager who attacked an Asian family who he accused of having coronavirus may be facing charges of hate crime from the FBI.

A police officer was arrested after his over a decade of killing spree resulting into the death of 78 women.

A 32-year-old woman assaulted an elderly hospital patient in New York for allegedly breaking social distancing protocol, the attack led to the death of the 86-year-old victim.

A Tucson man is facing murder charges after police said he killed his teenage cousin and buried her remains in different locations in the county.

Frank Swanson has several charges since 2008, that included DUI, spousal abuse, aggravated battery, child endangerment, and assault with a deadly weapon. His prior history had indicated the ending on Thursday night.

Martha McKay was killed 24 years after her mother Sally Snowden McKay was murdered by the same person at the same crime scene.

Coronavirus Hate Crime: Pregnant Woman Assaulted By Man Who Thinks She Has COVID-19

A 24-year-old man assaulted a pregnant woman after claiming she has coronavirus.

A 36-year-old man who reportedly made a “vehicle-borne” explosive to bomb a hospital with COVID-19 patients was killed after a shootout with FBI agents.

War-stricken for nine years, Syria prepares for the impending spread of coronavirus.

Woman Who Shot, Slashed Boyfriend's Face from Ear to Ear ,Given life Sentence After Years of Trial

Several years after the initial conviction and she is now, 39- years old. According to sources, she has appeal the conviction in 2015, and her life sentence as well.

After a decade of evading the law, 40-year-old Zohal Sakwall called the police to confess the murder of her 4-month old daughter in June of 2010.

Bryce Dickey was arrested for the murder and rape of 16-year-old Britney Ujlaky, who was found dead in the desert od northern Nevada earlier this month.

With the world still grappling to fight COVID-19, the disease overwhelms the country of Ecuador as more than 400 dead bodies litter on their streets.

Neurologists around the world stated that a small subset of patients with COVID-19 is developing serious impairments of the brain.

A teenager who attacked an Asian family who he accused of having coronavirus may be facing charges of hate crime from the FBI.

Coronavirus Crisis in America: U.S. Death Toll is More Than 6,000

The situation in the U.S. right now is grim as more people contract coronavirus resulting into over 6,000 deaths.

The said spring breakers went to Mexico and came back positive for coronavirus.