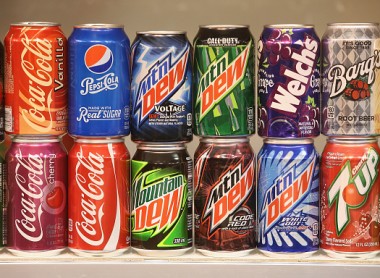 Coca-Cola and Pepsi are battling their way to produce fresher and healthier face to the public as the two are thinking to sell coconut water and for the acquisition of Vita Coco.

Cannabis Industry Grows At Unprecedented Pace, Might Expand Across The Board

The cannabis industry has grown at an unprecedented pace and because of this, there is a possibility that the marijuana business will expand across the board.

Starbucks just responded to the claims and suit filed by The End Cafe as it was reported that the coffee chain copied the latter's "Unicorn Frappuccino".

Trump's company executives want to remove the names of U.S. President Donald Trump and his daughter Ivanka Trump in the promotional materials of the company's project in the Philippines.

Trump has an airline electronic device ban on Gulf flights. Britain is then said to follow U.S.' move.

With the release of iOS 10.1 and watchOS 3.1, Apple also announced to launch Apple Pay in Japan and 11 other countries.

Los Angeles was the ideal decision of area for Grand Theft Auto V, yet as is custom with different games in the series, the following GTA will probably be in an entirely new area.

Tesla has rescheduled to next Wednesday another product release that is supposed to be launch for now, according Tesla CEO Elon Musk.

Microsoft's newest smartphone Surface Phone is already making head as the device to challenge the popularity of iPhones.

Google’s Android Nougat 7.0 will be rolling out soon and a number of HTC, Nexus, Motorola, OnePlus, Samsung and Sony devices are expected to receive the firmware update.