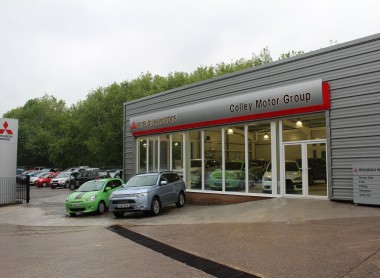 Mitsubishi Motors is in the thick of it once again. After admitting to cheating on fuel economy tests last week, the automaker revealed Tuesday that it has engaged in this practice since 1991 - as opposed to 2002 which it had initially reported.

Mitsubishi Motors admitted Wednesday to cheating on fuel-economy tests, making it the latest automaker to find itself immersed in a cheating scandal in the past few years.

Following the discovery of numerous health hazards in Theranos' California lab, founder and CEO Elizabeth Holmes says she is "devastated."

Set-Top Boxes Soon To Be Rental-Free, If It's Up To Obama, Of Course

U.S. President Barack Obama is throwing his support behind an initiative that is aimed at fully phasing out the rental fees of cable set-top boxes.

In a bold address to an audience of thousands of developers, Facebook CEO and founder Mark Zuckerberg laid out a massive 10-year plan to connect the world.

As Yahoo! prepares to select its chosen bidder, a new viable suitor has emerged. Verizon, however, remains as the potential buyer to beat.

A Florida Starbucks customer was deeply offended when a barista wrote "Diabetes here I come" on his White Chocolate Mocha beverage.

'Uber For Women' Coming To Boston - But Is It Legal?

A gender-exclusive ride-sharing service, Chariot for Women, is poised to arrive in Boston April 19. While many have lauded the measures it has in place to ensure a safer ride for clients and drivers, many say its premise is also easy pickings for a lawsuit.

Subway is stepping up its efforts to brand itself as the healthy alternative to fast food, announcing that it will add calorie counts to all of its menus across the U.S. starting Monday, April 11.

Verizon To Buy Stake In AwesomenessTV For go90 Upgrade

Verizon's mobile streaming service go90 just got a notable upgrade, as the company announced that it would be buying a stake in Dreamworks’ video company AwesomenessTV.

Increased pressure from the Obama administration has forced pharmaceutical giants Pfizer and Allergan to cancel their $160 merger deal.

Thomas Staggs, the current COO and heir apparent to current Disney CEO Robert Iger, announced that he will be leaving the company.

Starbucks has found itself in a bit of trouble once again. This time, the company has been slapped with a lawsuit which argues that it has been using a recipe that results in underfilling lattes that customers order by about 25 percent.

Tesla's successful Model 3 launch was highlighted by the massive amounts of reservations for the upcoming electric vehicle. Can the carmaker meet the demand?