Taliban Allows Afghan Women To Study Under Some Conditions

Afghan women will be able to continue to study in schools, according to the Taliban's new higher education minister; but classrooms would be gender-segregated and Islamic clothing will be required. 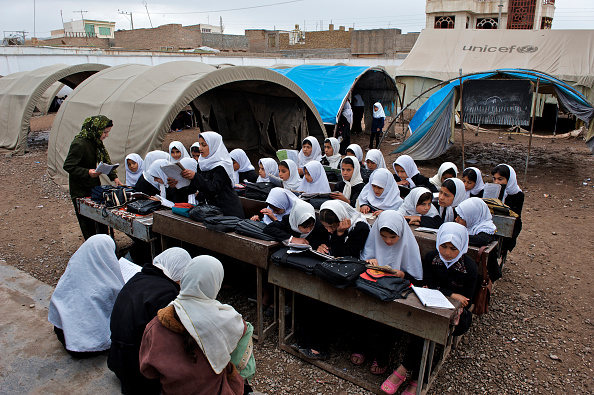 In a recently published article in ALJAZEERA, women may continue to study at institutions in Afghanistan, even at the postgraduate level; but classrooms will be gender-segregated and head coverings will be required. Men and women will also be separated inside the classroom through a curtain.

At a press conference on Sunday, Higher Education Minister Abdul Baqi Haqqani outlined the new rules, a day after the Taliban hoisted their flag over the presidential palace, signaling the commencement of the new, all-male administration declared last week.

The Taliban's resurgence has fueled concerns that the organization would return to the harsh rule that characterized its first 20 years in power in Afghanistan. This included denying girls and women access to school and excluding them from public life, according to a published article in MSN News.

The decision to allow Afghan women to attend universities with some conditions comes a week after a Taliban official stated in an interview that certain women's sports, such as cricket, will be prohibited in Afghanistan due to the "exposure" of female participants.

Prior to the Taliban's recent takeover, Afghan colleges allow men and women side by side inside the classroom; although there was no clothing requirement, many women chose to wear headscarves to match their more traditional attire, according to a report published in Reuters.

Meanwhile, women make up 60 percent of the 2,400 students at Kabul's Ghalib University, one of the country's numerous private schools that have sprung up in the last two decades. Only 21 female students attended when it reopened this week under the new Taliban interim government, with women and males encouraged to attend on alternating days.

Haqqani stated on Sunday that female university students would be subjected to restrictions, including a mandatory dress code. He said that hijabs would be required but did not clarify whether this meant obligatory headscarves or facial coverings.

In an interview with Afghanistan's TOLO News, Syed Zekrullah Hashmi, a Taliban spokesperson, said women should give birth and raise children. While the Taliban has not ruled out the possibility of women being in government, the spokesman said it is not essential for women to serve in the cabinet.

In a published article in The Wall Street Journal, in the weeks after the Taliban seized control of Kabul on Aug. 15, some Afghan women have protested against the terrorist organization, going face to face with Taliban militants in some instances.

Following the Taliban's declaration of its temporary government on Tuesday, women in hijabs joined demonstrations after Ahmad Massoud, the head of the National Resistance Front, called for an uprising against the Taliban, according to a news source.

Women gathered in Kabul's streets one day later, on Wednesday, carrying banners demanding "freedom" and proclaiming that no government can deny the existence of women. Some Taliban militants retaliated by lashing some of the ladies with whips and clubs.