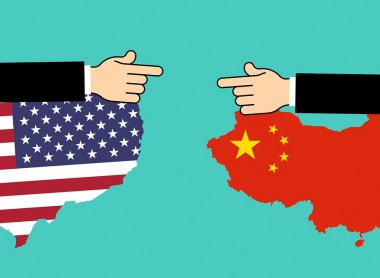 When President Donald Trump signed an executive order in May banning US companies from trading information and communications technology with foreign businesses deemed a national security risk, it effectively prevented Chinese telecom giant Huawei from acquiring the American technology that it needs to market its products. On July 26th, China threatened to blacklist FedEx from the Chinese market.

For much of the 20th century, political polarization within the United States House of Representatives tended to decrease over the course of a two-year term. But starting in the mid-1980s, that trend reversed, and in recent decades, polarization has been more likely to grow.

For the third year in a row, the Trump administration has proposed large cuts in science funding across a variety of agencies. Although Congress restored these cuts in the past two years, increased budgetary pressures may discourage them from doing so this year.

Both Democratic and Republican Party front-runners benefited from preferential visual coverage during the televised 2016 presidential primary debates, according to a new study published by University of Arkansas political scientists. But the researchers say Donald Trump was the clear winner in terms of visual techniques used by the media, such as camera time and solo shots.

Politicians Walk the Walk, When it Comes to Financial Investments

For the most part, politicians do put their money where their mouths are. A recent study of U.S senators and representatives finds that the more liberal a politician's voting record is, the more likely the politician is to invest in socially responsible stocks.

A recent study from North Carolina State University finds that U.S. government spending on military personnel has a positive impact on the nation's human capital - essentially improving the American workforce. Using a new computer model, the study estimates the economic impact of this human capital improvement to be $89.8 billion for 2019 alone.

Do you Trust Politicians? Depends on How you Define Trust

EAST LANSING, Mich. - There's more to trust than credence and faith, especially as it comes to politics. Research from Michigan State University and North Carolina State University presents new evidence to suggest that there are more layers to political trust that the public - and politicians themselves - previously thought.

How and why people become engaged in politics? Are the electronic voting machines immune to vote-rigging? Can we tackle the growing phenomenon of misinformation on social media? What impact the financial crash had on the development of the political conflict in Europe? Is civil society increasingly dependent on state finance and regulation? Here are some of the questions, ERC grantees investigate and solve.

A new expert panel report from the Council of Canadian Academies (CCA) finds that conventional methods of natural resource management haven't kept pace with the scale and complexity of 21st-century problems.

AMES, Iowa - As the race for the 2020 presidential election ramps up, so too will question about voter attitudes in states that switched from blue to red in 2016.

It is one of the conclusions of a study by Tània Verge and Javier Astudillo, teachers of the Department of Political and Social Sciences of the UPF, and published in the European Journal of Political Research

The good and evil of ghosts, governments, and machines

Good and evil may spring from the human mind, but new research reveals how they extend beyond humans to the artificial and supernatural.

Twenty-five years after the Clean Hands scandal in Italy, those who voted for the first time in 1994 still record less trust in democratic institutions and are more likely to vote for populist parties, according to three Bocconi University scholars