After more than 20 years working in the industry, the 30-year-old star Emma Watson is officially stepping back from acting.

Is Emma Watson signing off as an actress? 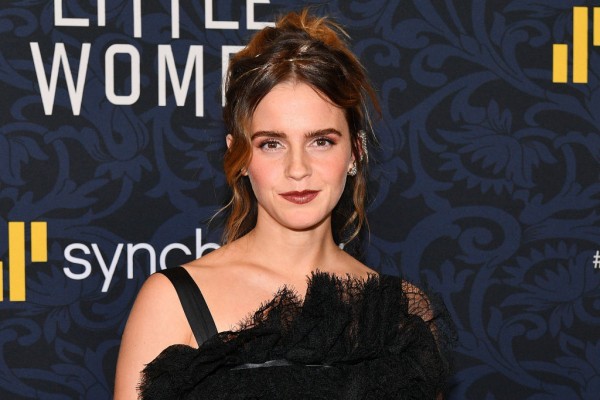 Emma Watson became an instant household name as soon as she made her acting debut in Harry Potter and the Philosopher's Stone in 2001. Since taking on Hermione Granger, Watson has starred in many popular films, including The Bling Ring, My Week with Marilyn, and Beauty and the Beast.

Most lately, in Little Women, Watson played Meg. It appears, though, that Emma Watson may have decided to place her acting career on hold indefinitely and stay out of the public eye, as per Pop Buzz.

According to the Daily Mail, Emma is leaving acting behind and will focus on her relationship with her alleged fiancé, Leo Robinton. A source told them: "Watson has gone away, she is settling down with Leo. They're laying low. Maybe she wants a family." Emma is reported as "not taking on new commitments."

Besides, Watson's Instagram account has been updated, confirming that she will no longer be active on social media: "Emma's official Instagram page is currently inactive and is not being updated."

Since June 2020, Emma has not shared anything on the platform. Over the past five years, she's also only worked in three films, Beauty and the Beast, The Circle, and Little Women, so the news isn't that surprising. If Emma's intentions to leave acting are permanent or whether she may be convinced to return in the future is still uncertain.

Read also: Peter Weber, Kelley Flanagan: Fans Strongly Predict They Will Get Back Together

According to Republic World, Emma Watson's photos with a diamond on her ring finger are viral online. Netizens gushed on Twitter to get more information. Harry Potter star actress Emma Watson has long been tight-lipped of her personal life and romantic interests.

These photos of Emma Watson have some fans wondering if she's engaged to her beau Leo Robinton, (though there has been no confirmation at this time.) Check out why fans are talking: https://t.co/QuN1bo1Pdd

However, the actress was recently seen hanging out with Leo Robinton, her boyfriend. A ring that Watson wore on her ring finger was what caught the attention. After the photos have gone viral on the internet, "Is Emma Watson engaged" has started trending. Many netizens took to social media over the viral photos making the rounds on the internet to share their surprise and shock.

On Twitter, some netizens wrote and asked if Emma Watson was engaged or not. Many others have said that, after all, she may as well be engaged to her fiance. On social media, a number of netizens even wrote that the two had been dating for months now, and it was sweet if the two were engaged. Meanwhile, some wrote they are heartbroken in the tweets.

I wish you all the best & never lose your beautiful smile! I will always love you @EmmaWatson now I’m gonna cry again byee haha

Read also: Larry King Omits His Widow from His Secret Will; Shawn King to Contest

Who is Emma Watson dating?

Emma Watson and her boyfriend were spotted together during their pre-day Valentine's trip to Mexico, as per a Daily Mail media portal report. Watson was seen sporting a white t-shirt, and she matched the quotation "Femme Liberte" with a white pair of pants and simple jewelry. She was also seen wearing a gold band on her ring finger as she and boyfriend Leo scooted their way.

The media outlet reports that Leo is from Los Angeles, but it is not assumed that he and Emma live together. There is, still, no official statement issued by either Emma or her partner about the rumors. The two did not confess to being engaged, nor did they quash the speculation.