Larry King Omits His Widow from His Secret Will; Shawn King to Contest

The widow of Larry King, Shawn King, said that she was blindsided by the revelation this week that he had a secret will that didn't name her. She says she's planning to contest it in court forcefully.

Larry King cut out his estranged wife of any inheritance 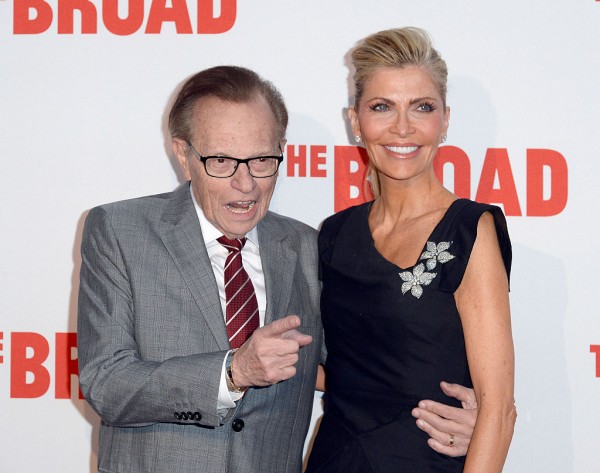 She also thinks Larry was forced to draw it up by someone, she adds. On Thursday, press reports appeared that in 2019, the iconic journalist, who died last month, wrote a handwritten amendment to his will, leaving his five children with his $2 million assets. His estranged wife was noticeably omitted.

According to Page Six, Shawn said she and Larry had a "very watertight family estate plan" and that they wrote a plan as a couple in 2015. "It still exists, and it is the legitimate will. Period. And I fully believe it will hold up, and my attorneys are going to be filing a response, probably by the end of the day," she added.

The legal situation around the death of Larry was already complicated. In August 2019, two months before the revised will was written, he had applied for divorce from his seventh partner, Shawn, but he passed away before the separation was settled in court. The amended will also name five of King's children, Andy, Chaia, Larry Jr., Shawn, Cannon, and Chance's children, but both Andy and Chaia died in 2020.

Before his passing, Larry told Page Six that he had become close friends with Shawn again after he filed for divorce. Meanwhile, Shawn shared to Page Six that they talked regularly. However, she claims Larry never told her about the amended will.

On October 17, 2019, King allegedly added the statement to notify his five children in the event of his death for an even-split of his $2 million estates. It would be written two months after his seventh wife, Shawn, filed for divorce, saying that she would now go to court to fight for her part, although she believes that Larry may have been forced into the change, as per Daily Mail.

It was made even more challenging because, at the time of his death last month, the host's divorce from Shawn was not yet finished. The couple, longest of all of King's eight marriages and had been together for 22 years, applied for divorce in August 2019, although it had not yet been settled in court.

Read also: Jo Joo-bin of 'Doctor Bang' Sentenced to a Total of 45 Years in Prison

If Shawn succeeds in winning a portion of the wealth, just $300,000 will likely be net. The $2 million will be divided between her, King's three surviving children, and Andy and Chaia's descendants.

Since fighting COVID-19, King died of sepsis on January 23 at 87 in Los Angeles. Earlier, Shawn said he was 'ready to go' when he fought off an infection after beating the coronavirus in the hospital.

King is believed to have contracted coronavirus from a health care worker visiting his house; a source told NBC. One of his sons, who was not identified, tested positive as well, they said.

Larry King's age and poor health set him at high risk. In the past, he has undergone several health complications, including a cardiac attack, breast and lung cancer, a stroke, and t diabetes type two. His cause of death was reported on Saturday as sepsis, potentially caused by a bacterial infection.

According to his death certificate obtained by People, Larry King's death was not explicitly linked to his hospitalization for COVID-19 in December. Shawn said that King's last words to her came from a hospital video call: 'I love you, take care of the boys.'