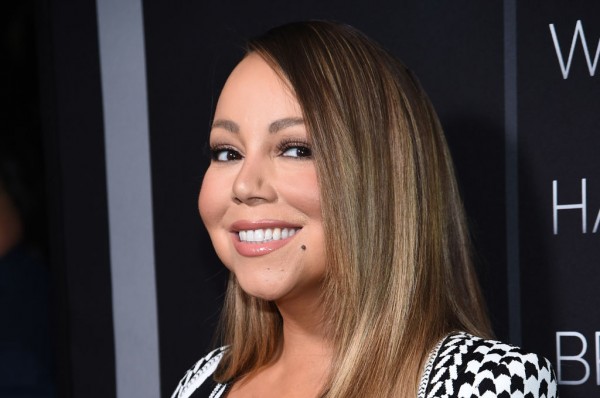 Alison, 59, Mariah Carey's sister, says the singer lied about her 2020 tell-all memoir "The Meaning Of Mariah Carey." The estranged sister claims that in the book, Carey's older sibling drugged her and her older brother Morgan abused her as a child, it wasn't all true.

Carey's older sister, who has described herself as 'profoundly damaged,' said the singer allegedly fabricated stories to promote her book and has no evidence to substantiate her claims, as per the legal documents TMZ has obtained.

In the 'Dandelion Tea' chapter of the book, Mariah recalls her dramatic childhood, in which she claimed Alison gave her Valium, tried to pimp her, and threw a cup of boiling tea on her that caused her to have third-degree burns at the age of 12, according to the estranged sister's Manhattan Supreme Court summons filed on Monday.

The elder sister represents herself in the case. She said the songstress made the untrue stories despite being fully aware of the damage it could cause her, given that she had personal trauma and health troubles.

Read also: World's Most Beautiful Girl Complains It's Not Easy Being Pretty at All

After being attacked in 2015 in an "unsolved home invasion," Alison Carey started suffering from traumatic brain injury, spine and digestive disorders, vision problems, and short term memory problems. Alison claims Mariah was fully aware of it.

The NY Post reported in the past that Alison was arrested for soliciting prostitution. Besides, the estranged sister was battling HIV and alcohol abuse after being sober for a long time.

Alison believes her famous sister maliciously used her status as a public figure to attack her and generate headlines describing lurid claims in promoting her book sales. The elder Carey urged for restitution for 'intentional infliction of emotional distress due to the defendant's heartless, vindictive, vicious, despicable, and unnecessary public humiliation of her profoundly damaged older sister.'

On January 8, Alison sent Mariah's legal team an offer, but the estranged sister never heard back, as per the court filings. Alison was not the only person who was heated over the book, Daily Mail reported.

Mariah's brother also tried to sue her over the memoir

Mariah Carey's brother, Morgan, was said to have planned to sue her during the November 2020 conversation with The Sun. He was calling Mariah's recollections' delusional.' The singer claims Morgan hired someone to kill her for $30,000 but never went through with the job.

Morgan said it was heartbreaking to witness his sister's descent into a hateful delusional revisionist rant as it was reminiscent of her unhinged behavior when she had a breakdown.

Mariah's brother said he could prove that the so-called 'memoir' is full of lies, distortions, and revisionism from the beginning to the end. "When I reveal the truth, the facts, and supporting evidence, it will be a tough pill for her and her publishers to swallow, and rest assured I will be filing a lawsuit, Morgan said.

Read also: Kim Kardashian, Kanye West Divorce: Here are the Things You May Want to Know!