The former White House physician, Rep. Ronny Jackson, stated on Thursday that he believes President Biden would retire due to his poor cognitive skills. 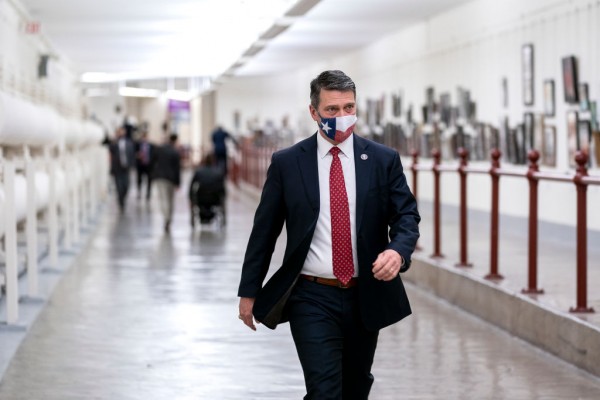 Jackson Believes Something Serious Is Going on With Biden

In a recently published article in The Hill, former White House Physician Ronny Jackson said that there is something serious going on with Biden right now, and he believes that either Biden will resign, or they will convince him to resign from office at some point in the near future due to medical issues, or they will have to use the 25th Amendment to remove him right now.

During an interview with Jackson, Hannity said that Biden would fail a cognitive test, reiterating a Republican allegation that the president's health is deteriorating. Sean Hannity also slammed Biden's answers from the day before during a CNN town hall, calling some of them "totally unintelligible."

Hannity also asked Jackson, "Donald Trump took a cognitive test. He got 30 out of 30 right. I hear it's a very difficult test. I do not think Joe Biden would do well on that test. Is that a fair assessment based on what I'm observing?" according to a published article in MSN News.

Biden's rambling performance on CNN on Wednesday night, which was widely mocked on social media, included false claims about the efficacy of COVID-19 vaccines and talked about helping kids "find out whether there's a man on the moon or whether those aliens are here or not." He even referenced to obscure conspiracy theories that confused the audience.

Meanwhile, Jackson said that Biden was messed up. The former White House Physician also shared a video clip from this week in which Biden strangely responded to a reporter's inquiry on police defunding by saying that Republicans accuse him of "sucking the blood out of kids," according to a published report in the New York Post.

Moreover, Jackson also mentioned during the interview that something is going on. He said this while he was running for president, and he continued to insist that it will only get worse and that they are seeing it unfold right now in front of everyone's eyes.

Biden Needs to Prove He Is Mentally Fit To Perform

In June, Jackson, who served as the White House physician for both Trump and Obama, distributed a letter signed by more than a dozen Republicans, urging Biden to undergo a cognitive test to show he is mentally competent to serve as president.

Republican lawmakers said that the American people deserve to know the mental capabilities of the country's most powerful official. In May, White House officials said that Biden will undergo his annual medical checkup "later this year" and that the findings would be made public.

Jackson, on the other hand, has been dogged by controversy for remarks he made about Trump's health. Even though Trump ate fast food and did not exercise, he termed Trump's nutrition "great" during a White House briefing in 2018.