Wife Hires a Gunman To Kill Husband, Pays On An Installment Plan

A woman from Pennsylvania who accused her husband of physical abuse hired a gunman to kill him and paid $100 a week in installments. 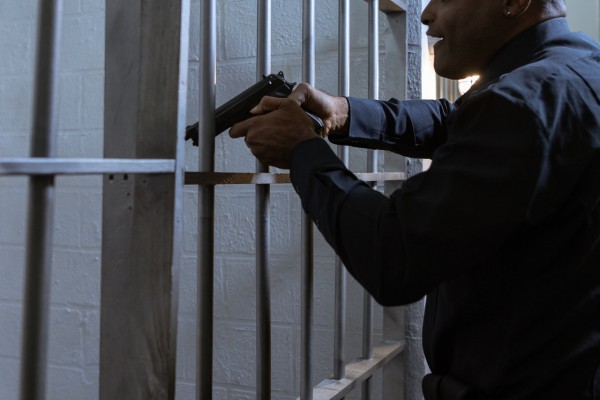 (Photo : Pexels/RODNAE Production)
A woman hired a gunman to kill her husband.

In a recently published article in Yahoo News, it was reported by the police that a woman in Pennsylvania who was negotiating for a "hitman" to kill her husband was unable to obtain the whole $4,000 cost. In her quest to kill her husband, she offered undercover police an amount of $100 a week until the full balance is paid. This information was later confirmed by the authorities in Allentown.

Police authorities identified the woman as Claudia F. Carrion, 44 years old. According to a report published in Miami Herald, she tried to have an arrangement with another gunman to execute the killing but it did not work out.

Read Also: Woman Shares on TikTok How Her Boyfriend Ghosted Her by Faking His Death [VIRAL]

What led the Pennsylvania woman to hire a gunman?

Claudia Carrion told the police officers that her husband physically abused her, according to the statement released by the police authorities. However, the veracity of her claim of physical abuse cannot yet be established and verified.

The woman also did not give other details to the police officers about why she hired a gunman to kill her husband. The police authorities did not say in the statement they released if the woman provided medical records of the physical abuse.

Furthermore, police authorities are now conducting in-depth investigations to know the main reason why Claudia Carion hired a gunman. The undercover police did not also give any additional details about their negotiation.

An informant told the police about Carrion's plan

According to the statement police authorities released, a confidential source notified police that Carrion was attempting to recruit a hitman, prompting the undercover investigation to verify the alleged killing. This report was also verified and published in the local news outlet News Deal. Following this, the undercover police were able to prove the report from a confidential informant. The informant decided not to be named for security purposes.

Claudia Carrion was immediately arrested and is facing different charges including solicitation to commit homicide and was booked into jail on $500,000 bail, according to the official statement of the police authorities. Meanwhile, there are no reports as well if the Pennsylvania woman admitted her attempt to kill her husband after she was arrested. She did not also give a comment following her arrest.

Furthermore, her schedule to appear before the court was not also released. This is not the first report of a wife who attempted to kill her husband. It can be remembered in the previous report  HNGN, where a professional boxer faked his death to prove that her wife planned to kill him.

Additionally, Ramon Sosa's marriage to Lulu, a 50-year-old ex-boxing pro and now a gym owner, lasted six years, according to the 50-year-old. Sosa had children from a previous marriage, and she was his second wife.

Related Article: Professional Boxer Fakes His Death To Prove His Wife is Trying To Kill Him