Andrew Brown Was Shot in Back of Head, Autopsy Confirms

An autopsy report for Andrew Brown Jr., a black man slain by police as he resisted arrest outside his North Carolina house in April, was published on Thursday, confirming that he was killed by a fatal gunshot wound in the back of his skull. 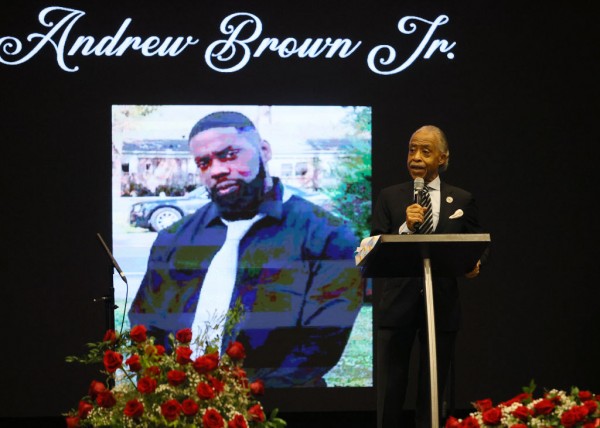 (Photo : Joe Raedle/Getty Images)
The Rev. Al Sharpton speaks at the funeral of Andrew Brown Jr. at the Fountain of Life church.

Result of the Autopsy

In a recently published article in Reuters, the 11-page summary of the autopsy results corroborated the conclusions of a private autopsy done at the request of Brown's family, as well as the description provided last month by a local district attorney, who stated no charges would be filed in the case.

Included in the released record is a toxicology report, which revealed that Brown had a minor amount of methamphetamine in his blood, which did not play a part in his death, according to a published report by the U.S. News.

Officers Will Not Be Prosecuted

Yahoo News reports, a prosecutor in North Carolina has decided not to prosecute sheriff's deputies in the fatal shooting of Andrew Brown, a black man, outside his house last month, claiming on Tuesday that the death was justifiable because Brown threatened their lives by driving at them.

In a published article in NBC News, Pasquotank County District Attorney Andrew Womble stated that his office would not pursue any criminal charges on the officers involved in the incident. Upon their investigation, they concluded that the actions of the officers were in line with their training and were permissible under the law.

According to the prosecution, deputies sought to arrest Brown the night before but he did not return to his house in a quiet area in Elizabeth City, which is roughly 35 miles south of Norfolk, Virginia. Deputies had grounds to fear Brown's automobile might be used as a lethal weapon when they met him.

Lawyers for Brown's family said at the time that Womble was attempting to "whitewash this unjustified killing," claiming that footage of the shot revealed that the policemen were not afraid for their lives.

The family's lawyers said on Thursday that they disagreed the findings of the District Attorney's office stating, "we are confident that the truth will be revealed and justice will prevail," according to a published article in Reuters.

Furthermore, following the conviction of former Minneapolis police officer Derek Chauvin for the death of George Floyd in a widely publicized trial, the incident sparked a nationwide discussion about how police use force against Black Americans.

On the other hand, this ruling sparked additional rallies in a nation reeling from a spate of high-profile incidents involving police shooting Black males, resulting in the biggest civil-rights protest movement seen in the United States in decades.