The NBA disciplined and fined New Orleans Pelicans executive David Griffin $50,000 for publicly criticizing officiating and making derogatory remarks about the league, according to a recently published article in the USA Today.

Griffin, the team's vice president of basketball operations, voiced disappointment on Friday that star player Zion Williamson's fractured finger "could have been avoided" if officials had done a better job of policing improper touch.

In a recently published article in The Score, Griffin said, "We told the NBA through every means available to us, through sending in film, through speaking to everybody in the officials' department and everybody in basketball operations, that the way they were officiating Zion was going to get him injured." 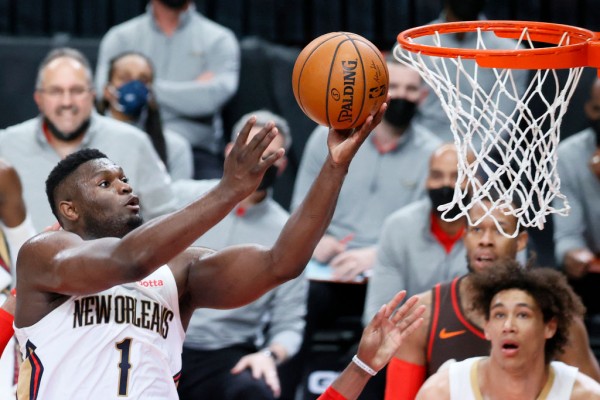 Williamson, who is sidelined indefinitely due to a broken ring finger on his left hand, is scoring 27 points and 7.2 rebounds per game this season. According to a published report in MSN News, the Pelicans are reportedly two games behind the San Antonio Spurs for the last play-in slot in the Western Conference.

Williamson appeared to sustain the injury during Tuesday's game against the Golden State Warriors. He was forced to leave the game in the third quarter for medical attention before returning to the court.

Meanwhile, Griffin did not specify where the accident happened, but he claimed a series of hits caused it during the season. He said, "He's injured now because of the open season that there's been on Zion Williamson in the paint."

Other Pelicans Players Who Are Out Due to Injury

Aside from Zion Williamson, Brandon Ingram is now sidelined indefinitely due to a left ankle inversion sprain. And with just six games remaining on the calendar, they do not have much time to get back. They will be without Williamson, Ingram, Josh Hart, Steven Adams, and Nickeil Alexander-Walker.

With Williamson and Ingram out, New Orleans' already bleak postseason chances have been put on life support. On the table, the Pelicans are 1.5 games behind the No. 10 seeded San Antonio Spurs.

They would have been able to stage a rally to win the Western Conference's final play-in place if they had been at full power. However, with the NBA's seventh-hardest remaining schedule and neither of their stars, the Pelicans seem to be on their way back to the lottery.

With Williamson's performance, such a result would be a letdown. The Pelicans recruited Stan Van Gundy as a coach and traded for players such as Adams and Eric Bledsoe in the hopes of making the playoffs right away.

However, their 25th-ranked defense and a run of late-game defeats crushed those expectations. This offseason, the Pelicans would have to face some tough questions.

On the other hand, Lonzo Ball would be a restricted free agent. Although his improved shooting and chemistry with Williamson seem to merit a new contract, New Orleans considered trading him to avoid paying him fair value.