Fifty influential men, including business leaders, celebrities, and athletes, support a proposal to pay moms $2,400 per month for their "unpaid labor at home." 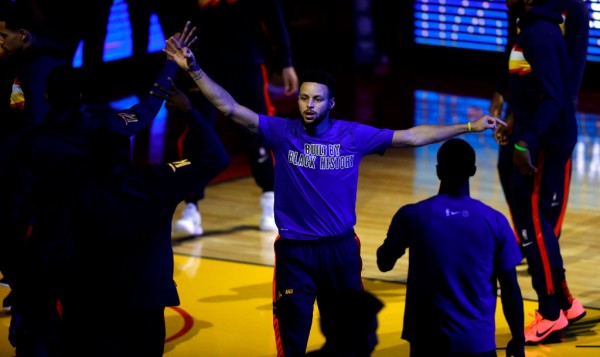 (Photo : Ezra Shaw/Getty Images)
SAN FRANCISCO, CALIFORNIA - FEBRUARY 02: Stephen Curry #30 of the Golden State Warriors is introduced before a game against the Boston Celtics at Chase Center on February 02, 2021 in San Francisco, California.

Due to the COVID-19 pandemic and the economic crisis, numbers of women left their jobs, as per CNN. In an open letter released as a full-page ad in The Washington Post, the group of men, some of whom are dads, urged Congress to pass the "Marshall Plan for Mothers" to bring women back to work.

The Marshall Plan for Moms suggested by Girls Who Code CEO Reshma Saujani - along with stimulus checks for moms, calls on the Biden administration to enact measures such as paid family leave and pay equity and retraining services for women to return to work.

Read also: Biden Orders Launch of US Airstrike Against Iranian-Backed Militia in Syria

The initiative also calls for plans to reopen schools safely, five days a week, and a task force to enact the Moms Marshall Plan. In favor of the Marshall Plan for Moms, 50 women signed a letter to the New York Times last month, including celebrities Alyssa Milano, Julianne Moore, Eva Longoria, and activist Tarana Burke.

In America's economy, the COVID-19 pandemic has proceeded to intensify inequalities, including a wide gender disparity. Throughout the pandemic, sectors that hire more women, such as catering, education, and shopping, are getting poorer and have seen steep employment losses. Women are often more likely to claim responsibility for care at home.

Read also: McConnell Says He 'Absolutely' Would Support Trump If Party Picks Him as GOP Nominee in 2024

Compared to 4.4 million employment losses for men in January, women were down 5.4 million jobs from February 2020, before the COVID-19 pandemic started. According to CTV News, the U.S. economy lost 140,000 jobs in December, all occupied by women.

When men and women began the year on a roughly equal basis, women had 860,000 fewer positions than their male counterparts in 2020, with women having about 50.03 percent of work.

Last month, Saujani told CNN that if there is no comprehensive strategy to bring women back to work, it might take decades to get women back to account for more than 50 percent of labor force participation.

"No woman made a choice to stay home and take care of our children in this crisis, that choice was made for us," Saujani said in an interview with CNN's Poppy Harlow.

Asked if the Biden administration had learned of her, Saujani responded, "Joe Biden cares for mothers, I know. This is a problem that he genuinely cares about, and so I have no doubt that this administration will do the right thing and bring together the Marshall Plan for mothers."

Read also: Will a Fourth Stimulus Check Be Possible as the Third Nears Its Distribution To Eligible Americans?