Will a Fourth Stimulus Check Be Possible as the Third Nears Its Distribution To Eligible Americans?

The U.S. House is set to vote on a COVID relief bill on Friday that will give eligible Americans a third stimulus check, for up to $1,400, as early as the second half of March, House Speaker Nancy Pelosi said.

But even before the third round could be distributed, some Congress members are pushing for a fourth stimulus check, and more after that, with March marking a complete year of the pandemic and with Americans already struggling to get by. 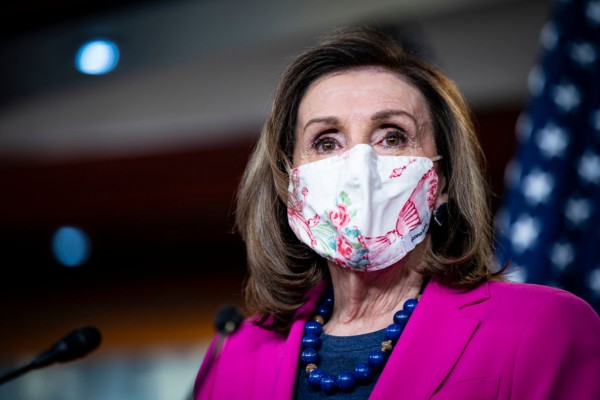 A letter signed by 50 U.S. Democratic leaders, including Ilhan Omar of Minnesota and Alexandria Ocasio-Cortez of New York, encourages President Joe Biden's administration to issue fourth stimulus checks to help Americans cover critical needs amid the pandemic. The expected third round would assist Americans with the basics, just like the earlier two rounds of stimulus checks, Yahoo reported.

According to the U.S. Bureau of Labor Statistics, last April, the first $1,200 checks were mainly spent on household expenses such as food and rent. While others used a portion of the cash for investing and saving or other purposes, a bureau survey revealed. Some recipients went shopping for affordable life insurance, as those policies have seen an increase in demand amid the COVID-19 pandemic.

Rep. Omar tweeted in January that she would like to see the government offer $2,000 a month to carry families through the crisis. The letter does not specify a dollar figure for monthly transfers.

House Democrats urged the President to prioritize ongoing stimulus checks rather than one-time payments in his relief package, as per Diario US. Regular payments were urged to be sent to struggling Americans up until the end of the COVID-19 pandemic. However, Politico first reported that the letter does not specify the proposed recurring direct payments amount.

Read also: Stimulus Bill May Be Delayed Over Fury That Undocumented Immigrants Will Receive $1400 Checks

Will I still be eligible for the fourth stimulus check?

To assess your eligibility for a third check, the IRS will presumably use either your 2019 or 2020 tax return, and the same could happen for the fourth stimulus check.

CNET noted that the current version of Joe Biden's proposal changes the concept of a qualifying dependent to include adults of all ages, not just children 16 and under.

A statement on the IRS website reads: "In these two rounds of Economic Impact Payments, most individuals who've been eligible for the Recovery Rebate Credit have already earned it in advance."

Will the fourth stimulus bill include unemployment benefit?

More than 18 million Americans are currently receiving jobless benefits that could grow to $400 a week soon. According to The Sun, it will go to the Senate after the House passes on the new bill on February 26. Along with Vice President Kamala Harris, there are 50 Democrats and 50 Republicans in the Senate. Due to both sides' equal representation, the Democrats cannot afford to lose one seat in the Senate.

By the first week of March, the bill will be debated in the Senate, enabling the legislature to be passed two weeks before unemployment benefits expire on March 14. These deadlines are not set, so if advances continue to be made, they are a starting point.