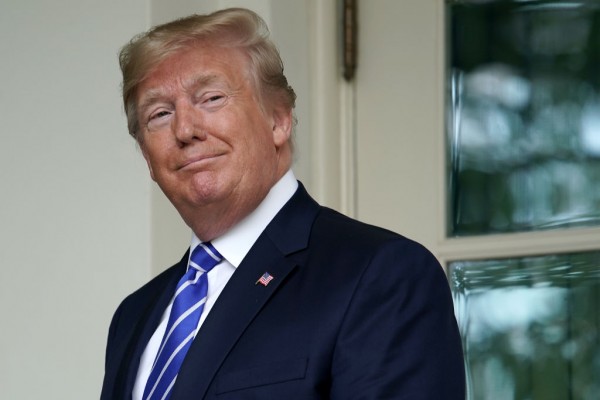 Newsmax anchor Greg Kelly conducted an interview, including Trump's claims that he was the rightful winner of the 2020 election. Trump has consistently insisted that the scales in favor of Joe Biden during the campaign were tilted by systematic voter fraud and vote-rigging.

The tech company said they have clear Community Guidelines governing videos that could stay on Youtube. They enforce it consistently regardless of the speaker and without political viewpoints.

The new political integrity policy of YouTube bans uploads of new videos claiming systemic electoral fraud in 2020. The policy would not extend to past videos in which Democrats argued that Trump stole the election in 2016 through "Russian collusion," as per the Tennessee Star.

Trump wants to be "somewhat quiet"

Besides, the former President paid tribute to Rush Limbaugh in Newsmax's interview. Trump, who has kept a relatively low profile since leaving the office late last month, has not discussed issues such as US ties with China, his rivalry with top Republican Mitch McConnell, and the election in 2020.

In his first TV interviews as former President, Trump emerged with Fox News Channel, Newsmax, and One America News Network tied to Rush Limbaugh's death. According to Fox4, no interviewer insisted on asking about the 2020 election, except for Kelly. Each questionnaire strictly focused on the subject of Trump's relationship with Limbaugh.

Kathryn Limbaugh, Rush's wife, revealed that the conservative icon had died after a year-long fight with advanced lung cancer. Limbaugh has been well known since his 2016 campaign as one of the most prominent traditional leaders and a strong defender of the President.

Trump told Fox News' Outnumbered, "I think he did," when asked if Limbaugh made a "difference" to him as he was the one who promoted the former President's policies and positions.

"I've heard as many as 39 million people [listen to his show]. He is a legend. There aren't too many legends around, and those people who listen to him every day, it was like a religious experience for many of people."

Limbaugh has the highest audience of any conservative radio personality. In May, Limbaugh said the EIB network's model predictions showed that 43 million people listened to the broadcast over a three-hour period. At around 15.5 million, Nielsen placed his listeners, Newsweek via MSN projected.