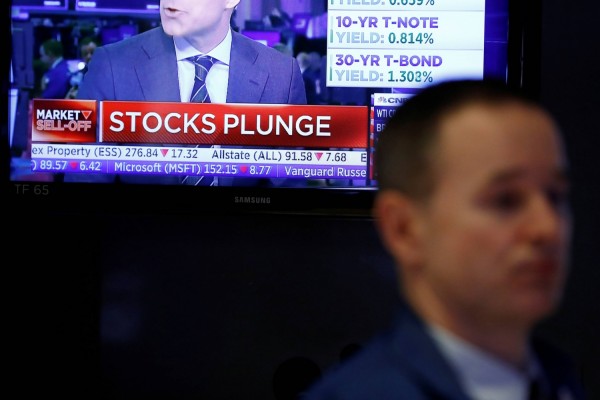 The Dow Jones Industrial Average just ended it's bull-market run for more than a decade after it plummeted more than 20 points from its last month's high.

Dow Jones experienced an 11-year bull market run which happened together with the longest economic expansion in the history of the United States. The bull-market run, which has overcome a European debt crisis and has survived a trade war between President Donald Trump and China, has been ended by the COVID-19 pandemic.

Falling by 5.9 percent on Wednesday, the Dow has made an overall decline of 20.3 percent since its high on February 12, signaling the beginning of a bear market.

A bear market starts when stocks fall 20 percent lower from their previous high. Although it is an arbitrary threshold, in the financial market's point of view the classification means and acknowledges that the fear-based trading that investors feel may not come to an end soon.

It has been more than a decade ago that the US experienced a bear market at the height of the 2008 financial crisis.

Aside from the Dow, S&P 500 is also nearing the bear market territory after falling by nearly 5% on Wednesday which gives it a 19% fall from its February high.

After President Trump announced the suspension of travel from Europe to the United States for 30 days, stocks in the Asian market plunge deeper. Shares in Tokyo and Hong Kong fell 4% and 3.3%, respectively. Australia's losses also accelerated as its major stock index went down by 5%.

Moreover, the drop in oil prices also worsened as the feud between Saudi Arabia and Russia continues. The feud between the two countries has threatened a major oversupply of oil amid the coronavirus outbreak which has lessen the demand for oil due to major travel bans.

The World Health Organization has announced that the novel coronavirus outbreak is now considered a worldwide pandemic. A pandemic is described as a disease spreading in multiple countries across continents around the world at a period of time.

According to BBC, WHO Director-General Tedros Adhanom Ghebreyesus said that the number of confirmed cases outside of mainland China, where the virus first emerged has increased 13 times in a span of two weeks. He also expressed deep concern in the alarming levels of inaction taken by some countries to control the virus.

Hours later the announcement, Italy ordered the closure of all shops aside from those selling food and pharmacies. Prime Minister Giuseppe Conte announced the biggest lockdown on that Europe has ever seen closing down restaurants and cafes, bars, and hairdressers that cannot give the assurance of at least one-meter distance for their customers.

Dr. Tedros, however, noted that calling the outbreak a pandemic does not mean that the WHO is changing any advice on what the countries should do amid the outbreak. He also stressed that governments need to put in more effort in order to contain and control the number of cases by taking urgent and aggressive action.