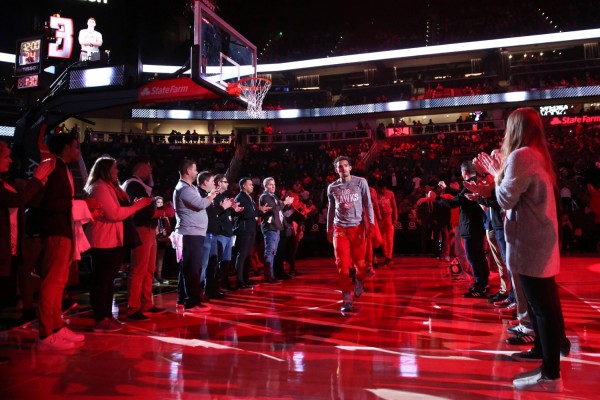 Trae Young etched his name in the NBA history after dropping 31 points, 16 assists, four rebounds and drained six triples to be the first player with 15+ assists and five triples made in multiple games stealing the show from Terry Rozier who had his career-high game with 40 points and eight out of 13 in the three-point territory.

The Hawks shared the ball well early in the opening quarter with Trae Young manning the offense but Terry Rozier responded as he sliced the Hawks' defense and Devonte Graham draining three triples to close the 1st quarter with tie game, 32-32

The Hawks bench sparked the offense in the second quarter as they managed to space the floor by hitting shots in the arc. Devonte Graham showed his versatility in the second frame as he attacked the paint in the pick and rolls to keep in the striking distance but with the first half whining down, Trae Young dropped a long bomb in logo area to get the three-point lead going to the second half, 66-63.

Hawks' Power Forward John Collins abused the Hornets' defense as they run the pick and rolls and alley ops with Trae Young distributing the ball for the big man who got some of his 28-point production in the quarter. Hornets answered the Hawks interior offense with Terry Rozier taking advantage on Hawks' miscommunication on defense, driving to the lane to close the gap but with seconds remaining in the third Trae Young took over and drove hard to the basket to get the four-point lead going to the fourth.

It was a slugfest in the fourth as both teams answered each others' offense and the Hawks holding on to the lead they got in the third but with 1:13 remaining in the clock Terry Rozier drained a triple to snatched the lead by 1. The hawks answered it coming from a missed as Trae dishes the ball to John Collins for an alley op to take the upper hand but Devonte Graham drove to the lane to take advantage on the penalty situation as he found himself in the line draining two free throws to take the lead by 1 with 5.5 seconds remaining. With the clock whining down, Trae Young receives the ball in the inbound and took hard into the basket but he was fouled by Martin as Trae splits the two free throws resulting to an overtime.

It was a shootout between Trae Young and Terry Rozier in the overtime period but when the clock was down to a minute they found themselves missing sending the game to double overtime.

Trae Young registered quick five points to open the second overtime to take the momentum but Terry Rozier refused to back down as he managed to drain shots in traffic but Caleb Martin fouled a shooting De'Andre Hunter beyond the arc as he drained the three free throws to get the upper hand and to seal the deal at home.