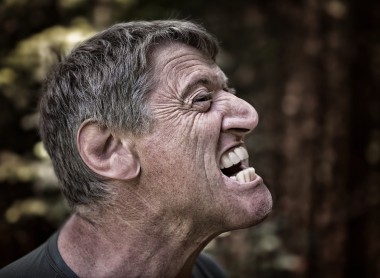 The Effect of Sulphates on Your Hair: Should You Eliminate Them Completely?

Sulphates in shampoos have a number of advantages, but they also have a number of disadvantages that come along with them. They deep clean the scalp, which is highly beneficial, however, they also strip the oil from the hair and scalp which can be damaging for those that are experiencing any form of hair loss due to brittle hair.

Healthcare data shows that about one in three people suffers some type of chronic illness. The word "chronic" has a specific medical meaning and refers to any condition that lasts for more than a year, requires routine checkups and limits physical activity in some way.

Xenoestrogens are absorbed through the environment, especially through food. As oestrogen-like substances, they can have a profound effect on the body's hormonal balance. Zearalenone, the widespread food estrogen, is formed by fungi of the Fusarium genus and enters our body mainly via our diet through bread or muesli. "The placental barrier offers the unborn child a certain protection against bacteria, viruses and some substances such as some medications or environmental toxins absorbed by the body. But zearalenone migrates through the placenta, as we have now been able to show for the first time," says Benedikt Warth from the Institute of Food Chemistry and Toxicology at the University of Vienna. Unique human placenta The path of zearalenone through the womb could be determined in analyses using fully functional placentas available after planned Caesarean sections. "It is crucial to use human placentas to obtain significant results concerning the transport and metabolism of zearalenone," says Empa researcher Tina Bürki from the Particles-Biology Interactions Laboratory in St. Gallen. "The reasons are the properties of the human placenta, because structure, function and metabolic capacity are unique and specific." The researchers not only determined the concentrations of zearalenone in the tissue of the placenta itself. Using a nutrient solution before and after entry from the placenta, they also simulated the area of mass transport to which the fetus is exposed. At the same time, they were able to investigate the various metabolic products produced by enzymes in the placenta. 70-fold increased activity "As soon as we ingest environmental substances, these are usually detoxified and excreted by our metabolism. However, there are also enzymes that activate these substances even more strongly," said Bürki. In this case, too, the placenta forms a new metabolic product from zearalenone with about 70 times higher estrogen activity. Even low concentrations could have a greater effect on the unborn child than previously assumed. " These findings should be taken into account in future risk assessments - even if the limits for baby food and breast milk substitutes are already more strictly regulated than for other products and the EU has introduced the world's lowest thresholds," says Benedikt Warth. The body's hormonal balance is highly sensitive. It is assumed that exposure early in life to foreign estrogens many decades later could have an effect on various diseases such as breast or cervical cancer, but also on other manifestations such as premature puberty or infertility. "Until further research results are available, one can only recommend a balanced diet in order to reduce the exposure to toxins," said the team of authors. The analytical method allows the simultaneous detection of more than 50 different foreign estrogens in biological samples. "Our method includes practically all important foreign substances that affect the estrogen system. This also includes numerous other substances that are currently the subject of much discussion, such as bisphenol A or pesticides," says Warth. With the new analytical method, researchers hope to be able to better investigate the exposure and combinatorial effects of environmental pollutants in the human body in the future.

Scientists Ask: How Can Liquid Organelles In Cells Coexist Without Merging?

BUFFALO, N.Y. -- New research may help to explain an intriguing phenomenon inside human cells: how wall-less liquid organelles are able to coexist as separate entities instead of just merging together.

Between 1999 and 2017, the United States experienced a 10-fold increase in the number of people who died from overdoses of Valium and other benzodiazepines.

Severe adult obesity carries many risks to health, but until now, little has been known about childhood risk factors involved. Now, a multi-national study led by experts at Cincinnati Children's shows how adult severe obesity risk rates vary by sex, race and other factors identifiable in childhood. The study, led by corresponding author Jessica Woo, PhD, was published online Oct. 9, 2019, in the International Journal of Obesity, offers a predictive tool that doctors can use to focus intervention efforts on children and teens who are most likely to suffer health risks from obesity. "Early prevention and treatment are critical, because severe adult obesity has significant adverse health outcomes, such as diabetes and heart disease," Woo says. "And unfortunately, severe obesity is rarely reversible, even with bariatric surgery." More than 12,000 people tracked This study focused on "adult class II/III obesity," defined as having a body mass index (BMI) of 35 and up. The team analyzed data about more than 12,000 people who enrolled as children in the International Childhood Cardiovascular Cohort Consortium in the 1970s and 1980s, then were tracked into adulthood. At the beginning, 82% were children of normal weight, 11% were overweight, 5% were obese and 2% were severely obese. Around 20 years later, just 41% of the adults were normal weight, 32% were overweight, 15% were obese and 12% were severely obese. Overall, obesity rates were higher among American participants than from other nations. Importantly, although the highest risks for adult severe obesity were among those with childhood severe obesity, more than one-third of the severely obese adults were normal weight as children. "The risk of severe obesity in adulthood was substantially higher for girls than boys, for black participants than white, and for those with lower education levels," Woo says. BMI trajectory charts for doctors The study produced a series of figures resembling growth charts that doctors can use to show children and their families what their chances are of being obese in later years. For example, a 5-year-old white girl with obesity has a 60% chance of being severely obese by age 35, and an 80% chance of being severely obese by age 45. The study could not answer, at an individual level, which children of normal weight were most likely to become severely obese in adulthood. The team did not have complete information on genetic and lifestyle risk factors. However, black girls emerged as having the highest obesity risks as a group. "These findings suggest that greater clinical attention should be focused on both the prevention of childhood obesity at all ages, especially in girls and black populations, and to preventing children with normal weight in these groups from developing into adults with class II/III obesity," Woo says. "With tailored childhood monitoring through childhood, adolescence and young adulthood, it may be possible to prevent the high rate of progression to adult obesity."

Tuberculosis: New Insights Into The Pathogen

Tuberculosis is a highly contagious infectious disease that is typically spread through aerosols and mainly affects the lungs. According to the World Health Organization (WHO), an estimated 1.7 million people die from such an infection worldwide every year. In addition, a quarter of the world's population carries a form of tuberculosis that lies dormant without symptoms for a long time, but can break out eventually.

5 Easy Ways to Sharpen Your Memory

In the entire human body, there is no organ more important, or has more responsibilities, than the brain. The human brain is a marvelous thing as it is where all cognitive functioning takes place.

How DNA Tests Can Make You Live A Healthy Life

The endless methods of changing a person's lifestyle to a healthy one are on shelves in almost every store, not to mention the internet. It takes a motivated person to change how they live their everyday life, and battle obesity or potential heart disease. A new motivation emerged from the invention of DNA health kit testing.

Somniphobia: What It Is and How to Overcome Somniphobia

Somniphobia is a condition where the victim is afraid of going to sleep. It is, however, a very uncommon sleep disorder that affects more children than it does adults.

These Ingredients in Your Products Are Ruining Your Hair

Hair products, like most beauty items, tend to come with a long list of ingredients - and it's time to start reviewing that list a lot more closely. Spoiler alert: if a product has ingredients you can't pronounce, then it's probably not very good for you.

The Most Effective Ways to Recover From Addiction

Overcoming addiction is not easy. It can be a long journey but it starts with small steps. To fight against substance abuse some people may turn to help of their family members or friends, some enroll a drug rehabilitation center whereas others try to beat addiction on their own.