President Joe Biden's chief energy advisor has asked Russia to give Europe a greater natural gas supply before a new pipeline enters operating in order to reduce the possibility of gas shortages this winter. 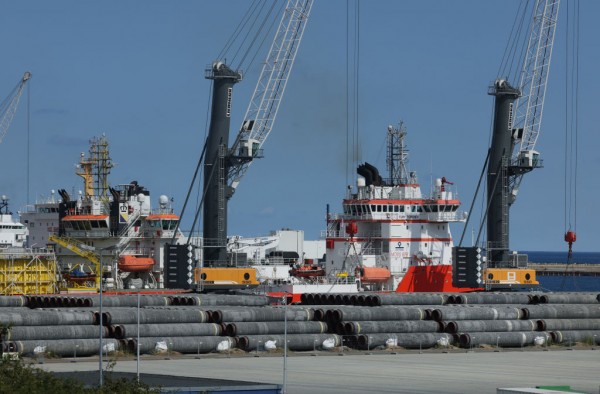 According to a recently published article in Newsweek, the Nord Stream 2 pipeline, which would deliver gas over the Baltic Sea and straight into Europe, has yet to get final regulatory permission from the European Union and German authorities.

Meanwhile, regardless of whether the deal is approved, Amos Hochstein, Biden's senior advisor for global energy security, believes Russia has enough gas to expand deliveries to the EU and that it should do it "soon" most especially during the time of winter.

Hochisetin said to journalists via a briefing in Washington, "If Russia has the gas to supply Nord Stream 2, as they suggest, that means they have the gas to supply it through the Ukrainian GTS (gas transit system) or other pipelines as well, so they should do that," per Biztoc.

Analysts Doubt That Russia Would Pump More Gas to Europe

Market analysts quickly deduced that the offer to boost supplies to Europe was likely made to put pressure on Germany to certify the Nord Stream 2 gas pipeline, which will transport Russian gas supplies to Germany via the Baltic Sea. Russia is waiting for Germany's energy regulator to approve the $11 billion pipeline, which could take months.

Experts cautioned that Russia's offer showed how Europe is becoming more susceptible to Moscow's power to switch on and off, particularly gas supply, whenever it wants. While Russia's seeming generosity may have provided some relief to gas markets, experts have subsequently cautioned that Russia may not be able to keep its commitments to provide more, according to a report published in CNBC.

Furthermore, Mike Fulwood, a senior research fellow at the Oxford Institute for Energy Studies, is skeptical that Russia will be able to send additional gas to Europe despite the fact that output is currently at record levels. For long years, authorities in the area and the United States have been concerned about Russia's dependability as an energy supplier to Europe.

Europe Imports About 90 Percent of Its Gas From Russia

About 90 percent of Europe's gas is imported from Russia. Natural gas prices have risen by up to five times since the beginning of the year. Even as gas prices have surged, Russia's state-controlled Gazprom has continued to deliver gas to European clients under long-term contracts but has not boosted supplies on the spot market.

Hochstein reiterated a September warning that if the approaching winter is harsher than normal, a shortage of gas and heat might cost lives in the most vulnerable towns. He said, " [The] problem that we are experiencing is not only about money and rising costs; it is really a life-threatening situation,"as reported in Nation World News

Needless to say, once it was nearly completed, the Biden administration abandoned attempts to stifle it with sanctions, instead of forging an agreement with Germany under which they would take action against Russia if it used gas as a weapon against Ukraine. Germany would assist Ukraine in its transition to green energy.