US-Russia Relationship: What Is the Cause of the Escalating Tension Between the Two Giant Countries?

Russia's top diplomat has warned that the country's ties with the United States have deteriorated to the point of a potentially catastrophic stalemate. 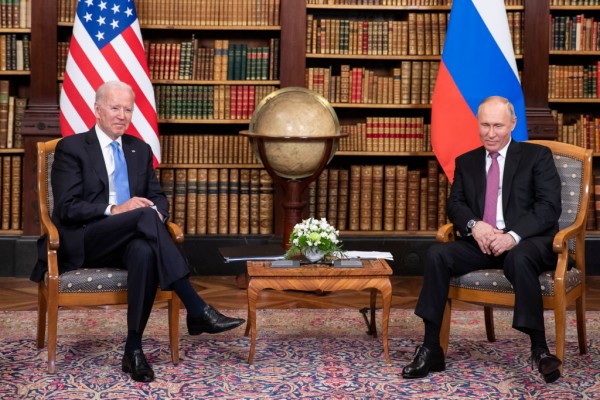 The Current State of the U.S.-Russia Relationship

In a recently published article in the MSN News, Foreign Minister Sergey Lavrov chaired a board meeting of the Russian Foreign Ministry on Wednesday, when he and his colleagues reviewed the present status of the US-Russia relationship. Following the discussions, the ministry issued a statement describing the participants' perspectives on the two countries' tumultuous relationship.

The ministry said that during the discussion, it was highlighted that bilateral ties had reached a hazardous confrontational level due to Washington's actions, which had resulted in an unprecedented escalation between the two countries in recent years.

The Russian Foreign Ministry added "Russia is subjected to unprecedented pressure that the U.S. pulls its allies into, introducing a strong ideological component to the standoff with Moscow. This line by Washington, which blatantly violates international law, will continue to come up against unwavering opposition as far as protecting Russia's legitimate interests goes," according to a published article in Newsweek.

Rivalry Between the U.S. and Russia

The rivalry between the United States and Russia goes back at least to the Cold War, but even after President Vladimir Putin took power at the turn of the century, the fall of the Soviet Union in the 1990s saw first moves toward collaboration between Washington and Moscow.

The 2014 uprising in Ukraine was also a turning point, as a leader who had resisted Western overtures was deposed, and Russia intervened directly to protect its interests in the Crimean Peninsula, despite Kyiv accusing Moscow of supporting pro-Moscow separatists in the east as part of a still-unresolved conflict.

Additionally, the United States and Russia are now at odds over a variety of international hot issues, including the Syrian conflict, cybersecurity, and efforts to enhance strategic stability between the world's top two nuclear weapons powers.

In a recently published article in POLITICO, the Biden administration is urging a friendly nation to keep quiet about its vocal opposition to a contentious Russia-to-Germany pipeline in the middle of tight talks with Berlin, but Ukraine is not pleased.

Officials from the United States have said that going public with their objection to the upcoming deal may harm the bilateral relationship between Washington and Kiev. The diplomats also advised the Ukrainians not to disclose the possible intentions of the United States and Germany with Congress.

On August 30, President Joe Biden will welcome his Ukrainian counterpart, according to the White House. The visit will underscore the US' unflinching support for Ukraine's sovereignty and territorial integrity in the face of Russia's continuing aggression in the Donbas and Crimea.

White House added that they will also talk about their strong collaboration on energy security, as well as their support for President Zelenskyy's efforts to combat corruption and execute a reform program based on our shared democratic principles.