Taiwanese President Tsai Ing-wen said on Taiwan's national day that the island will oppose any attempts by China to reunite the two countries. 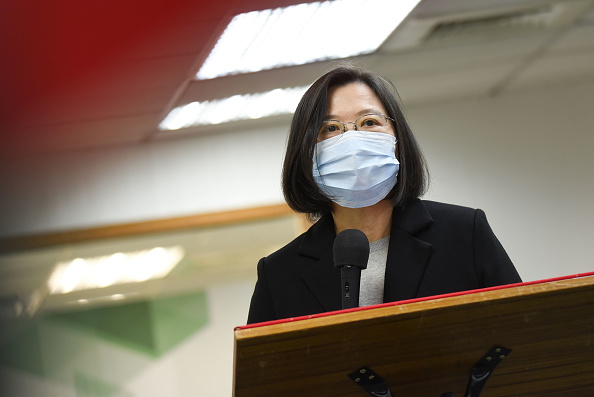 In a recently published article in MSN News, Tsai made these remarks during a commemoration on October 10th, marking the conclusion of a landmark week in Chinese-Taiwanese ties, which saw a record number of Chinese military aircraft fly into Taiwanese airspace and Chinese President Xi Jinping pledged to reunite China and Taiwan.

Tsai cautioned that Taiwanese-Chinese ties are "more complicated and flexible than at any previous time in the last 72 years." China's military intrusions into Taiwan's air defense zone, she said, had a significant impact on national security and aviation safety.

In response to repeated threats from Chinese officials, Tsai has said that she would continue to strengthen the island's military defenses. President Tsai said that the Taiwanese people will "not bend to coercion" while promising no "rash measures" from Taiwan, according to a report published in Reuters.

The Chinese official tabloid The Global Times blasted Taiwan President Tsai Ing-wen's National Day address, accusing her of "arrogance" for declaring Taiwan will not succumb to Chinese coercion, according to a published article in Newsweek.

Tsai said the more progress a nation makes, the more pressure it faces from China. As a result, she wishes to warn all of her fellow residents that they do not have the luxury of lowering their guard. She also said that "no illusions" should be held that the Taiwanese people would submit to Chinese coercion.

Taiwan's independence has long been a source of contention between the two countries. China has offered Taiwan a "one nation, two systems" autonomy model, similar to the one used with Hong Kong. All major Taiwanese parties, however, have opposed the concept, particularly in light of China's security crackdown in Hong Kong.

Beijing Does Not Recognize Taiwan's Government

A Chinese news outlet said that what the DPP is doing is a profound betrayal, and it stems from the same place as their denial of Chinese identity, referring to the Democratic Progressive Party of Taiwan. The DPP government has given up its right to strategic adjustment in favor of political risk with only short-term gains and little prospect of long-term success.

According to the editorial board, the DPP lacks the power to reverse the "one-China" policy, the party's rhetoric is "nonsense by international standards," and "the entire world" understands China is serious about reunification, according to The Guardian.

Tsai's address comes as tensions have risen after China's "provocative" military flights near Taiwan, which the US has condemned. Su Tseng-chang, Taiwan's premier, warned reporters that China has been indiscriminately engaging in military aggression, endangering regional stability.

Meanwhile, the United States expressed worry about the military action, saying that it is disruptive, risks miscalculations, and jeopardizes regional peace and security, according to State Department spokesman Ned Price, who reaffirmed the US's "rock strong" commitment to Taiwan on October 3.