The Biden administration has sent a warning to China about its escalating provocations towards Taiwan, a key flashpoint in Washington-Beijing ties. 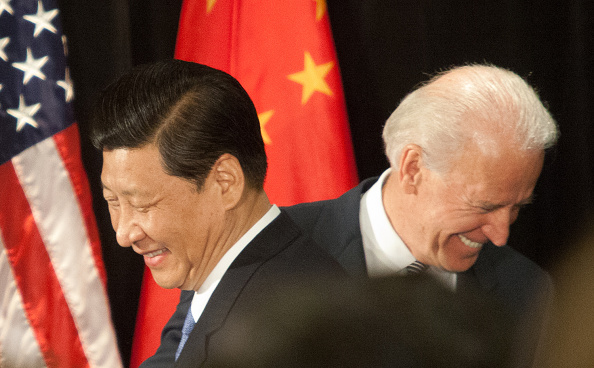 (Photo : Tim Rue/Corbis via Getty Images)
The U.S. warned China of its intrusion in Taiwan's territory.

In a recently published article in BBC News, on Saturday, Taiwan claims that 39 Chinese military aircraft flew into its air defense zone, marking Beijing's biggest invasion to date. According to the military ministry, the aircraft arrived in two waves, one during the day and the other in the evening.

It comes after 38 aircraft entered the zone on Friday, including nuclear-capable bombers. Taiwan views itself as a sovereign state, whereas China sees democratic Taiwan as a renegade province. For more than a year, Taiwan has been protesting about Chinese air force operations near the island.

The Chinese government, which is commemorating the 72nd anniversary of the establishment of the People's Republic of China, has yet to make a public statement. However, it has previously been said that such flights are necessary to preserve Taiwan's sovereignty and to target "collusion" between Taiwan and the United States, according to a published report in Financial Times.

White House press secretary Jen Psaki told reporters Monday that they want Beijing to stop using military, political, and economic pressure and coercion on Taiwan; and they want peace and stability in the Taiwan Strait. As a result, they will continue to help Taiwan in preserving an adequate capacity for self-defense.

Since China's Nationalist government retreated to the island in 1949 after the Chinese Civil War, the U.S. has had a unique relationship with the island, offering military and other kinds of assistance. However, as part of accords with Beijing, the U.S. has refrained from establishing formal relations with Taipei, according to a published report in The Hill.

Meanwhile, Taiwan regards itself as the legitimate government of the Chinese people while Beijing regards it as a renegade territory. Although there have been moments of reconciliation between Taipei and Beijing, the Chinese Communist Party has increasingly threatened reunification via military action.

Psaki Describes the Commitment of the U.S. to Taiwan

On Monday, Psaki called the U.S. commitment to Taiwan "rock solid" and said U.S. officials had been "privately and publicly" explicit about the administration's worries about China's conduct toward Taiwan. Psaki said, "We will continue to watch the situation very closely," according to a published article in Bloomberg.

On the other hand, though the Military Department conducted two days of discussions on a variety of topics affecting the United States' defense relationship with China last week, the Pentagon did not reply to a request for comment on which defense officials had expressed concerns with China about its aggressiveness against Taiwan.

Moreover, although the Biden administration claims it is not seeking a confrontation with Beijing, ties with China seem to be deteriorating on a number of fronts.

Trade Between U.S. and China

U.S. Trade Representative Katherine Tai said on Monday that she would have direct discussions with her Chinese counterpart to push Beijing to comply with elements of the Trump-era "phase one" trade agreement. Tai said during a speech on Monday that their intention is not to inflame trade tensions with China.