The United Nations voiced its displeasure with the Taliban's decision to exclude women and minorities from Afghanistan's new temporary administration and urged for the formation of an inclusive government. 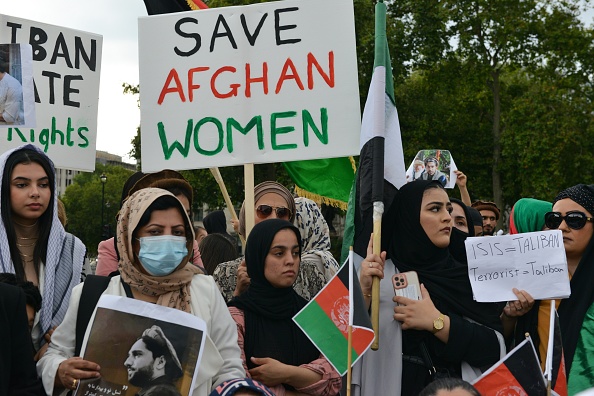 In a recently published article in Newsweek, Taliban authorities were warned in a United Nations Security Council resolution passed unanimously Friday that they must form a new government that includes "full, equal, and meaningful participation of women" and respects human rights.

The decision, which was approved by the United Nations' most powerful body, also extends the existing mandate of the UN political mission in Afghanistan for another six months and sends a strong message to the Taliban that its 15 members would be carefully monitoring what they do in the future.

The Security Council resolution, prepared by Norway and Estonia, effectively postpones a decision on a new mandate for UNAMA, the United Nations operation in Afghanistan, until March of next year. At the same time, it emphasizes "the essential significance of UNAMA's and other UN agencies' ongoing presence in fostering peace and security in Afghanistan," according to a published report in Head Topics.

Taliban is Breaking Its Promise

The Taliban have pledged a more inclusive administration and milder governance than during their previous reign in Afghanistan from 1996 to 2001, but mistrust remains strong. Many Afghans, particularly women, are concerned that their rights, which have been protected for the last 20 years, may be curtailed once again.

Despite their pledges, the Taliban have violently suppressed numerous demonstrations by women and their supporters seeking equal rights from the new authorities since taking power in Afghanistan, according to a published report in VOA News.

Meanwhile, the Taliban issued an order on Friday for all boys in grades six through twelve, as well as male teachers, to return to school and begin courses throughout Afghanistan on Saturday, but made no mention of females or female teachers.

Taliban Appears To Have Shut Down the Women's Affairs Ministry

In a published article in the BBC News, the Taliban have decommissioned the ministry of women's affairs and replaced it with a department that used to enforce stringent religious beliefs. The sign at the ministry was taken down on Friday, and a sign for the ministry of virtue and vice was installed in its stead.

Women workers were seen outside the offices in videos posted on social media, pleading with the Taliban to allow them to return to work. The ministry imposed stringent Islamic regulations and severe restrictions on women during the Taliban's reign in the 1990s. Afghan women have battled for and won many fundamental rights over the past 20 years. Still, there are now concerns that progress could be halted by the Taliban's new all-male temporary administration.

Human rights organizations have repeatedly chastised the virtue and vice ministry for suppressing opposition, aggressively imposing restrictions on people, particularly women and girls, and instilling fear and mistrust in communities. On the other hand, Taliban adherents claim that the institution is vital and that its primary goal is to serve Islam. As a result, a Ministry of Vice and Virtue is required, according to Mohammad Yousuf, a Taliban member.