The Taliban are tracking down a female Afghan prosecutor who has been investigating child abuse cases involving the terrorist organization for years, forcing her to flee for her life. 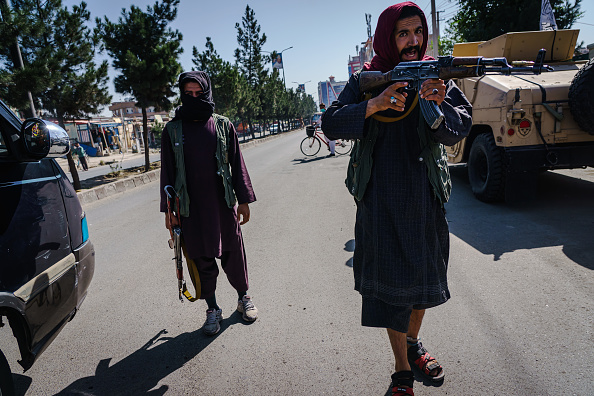 Female Afghan Prosecutor Receives an Ultimatum from the Taliban

In a recently published article in Newsweek, to protect her identity, the prosecutor, known only as Mina (not her actual name), shared with a news outlet a frightening ultimatum letter she got from the Taliban's military council before fleeing her house in central Wardak province.

Meanwhile, the female Afghan prosecutor said that she is sure that she will be killed if the Taliban finds her. She also shared that, on Monday, Taliban militants in Panjshir killed a former comrade. That story could not be independently verified by the news outlet, according to a published article in MSN News.

The Taliban Offers $3,000 Bounty for Any Information About the Whereabouts of the Female Afghan Prosecutor

According to Mina, Taliban authorities have offered a reward of 500,000 Pakistani rupees ($3,000) for any information on her location. The amount is slightly over $4,000 less than the national median income. Her investigations are humiliating for the Taliban, which is trying to transition from a stoic guerilla group to a functional administration in order to exert authority over all areas of Afghan life.

Mina is in a particularly dangerous situation since she is a Hazara, a minority community that makes up 10 to 20 percent of the population and was brutally persecuted by the Taliban when it came to power in the 1990s, including killings. It's worth noting that the Taliban's offer of amnesty for former government employees excludes legal experts and certain specialized police personnel.

In Taliban-controlled Kabul, a handful of Afghan women activists held a modest demonstration asking for equal rights and full participation in political life. Despite the danger, a group dubbed the Women's Political Participation Network marched along the street in front of Afghanistan's Finance Ministry, shouting slogans and carrying banners demanding participation in the Afghan government and constitutional legislation.

In a published article in CNN News, before the chanting began, footage showed a short altercation between a Taliban guard and several of the ladies, during which a man's voice could be heard screaming, "Go away!" The crowd was modest - footage from the event live-streamed by the organization showed just a few dozen protesters - but it was a rare public challenge to Taliban authority.

The militant organization is in the midst of internal talks about establishing a government, but they have already indicated that working women should remain at home, and militants have ordered women to quit their jobs in certain cases.

Furthermore, Taliban officials have said openly that women would have a major role in society and will be able to get an education. However, the group's public comments about sticking to its version of Islamic principles have fanned concerns of a return to the Taliban's harsh rules, which saw women virtually vanish from public life two decades ago.

Related Article: Afghan Woman Mutilated by Evil Taliban, Had Her Nose, Ears Chopped Off After Trying to Escape