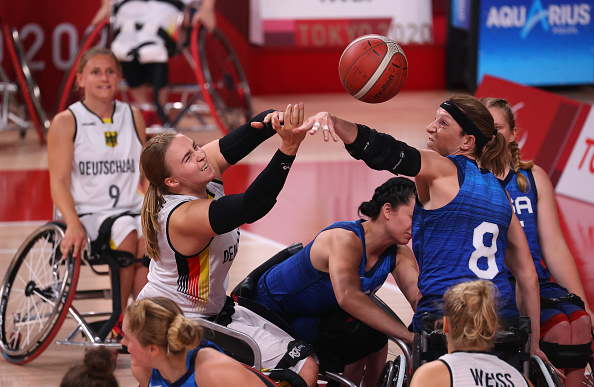 In a recently published article in OutSports, at the Tokyo Paralympics, Team USA won bronze in women's wheelchair basketball, defeating Germany 64-51 in the bronze-medal match. Courtney Ryan scored 14 points and six assists for Team USA, while Mareike Miller of Germany topped all scorers with 26 points.

Nine first-time Paralympians were among Team USA's players, with several of them seeing action near the conclusion of the game. Leading this youthful squad through the competition was a highlight of both co-captains' Games experiences.

The infusion of youthful talent is a testimony to the Paralympic movement's development in the United States. Schneider has seen it personally as a four-time Paralympian and three-time Paralympic medallist, according to a published article in Team USA.

When Ryan became paralyzed below the waist over a decade ago, she was a first-team All-American soccer player for Division II Metro State University in Denver. She wasn't sure whether wheelchair basketball was right for her when she first heard about it. She knew it was for her when she observed several ladies participating in the sport.

She said "I need this in my life. I got my first wheelchair basketball chair and that was it for me. Game over. My identity as an athlete had arrived," Meanwhile, Ryan wants to be as outspoken and proud of her lesbian identity as she possibly can.

Ryan also added it's very aggravating that she has such a deep connection to being a lesbian and being proud of it. But, because of the handicap, it's often buried and put aside, even though she wants it out and she wants to be proud. But it's difficult when everyone just sees her in a wheelchair, according to MSN News.

Who is Kaitlyn Eaton?

Kaitlyn Eaton has been involved in wheelchair basketball for nearly her whole life, having started when she was five years old. Eaton went on to play for Paralympic gold medalist Stephanie Wheeler on the University of Illinois women's wheelchair basketball team and has since established himself as one of the top players in the country, having been selected to Team USA prior to the COVID-19 pandemic.

In a published report in KHOU 11, the paralympic player said that she is playing with the 11 best players in the United States right now. For her, that will be fantastic. You can't beat going to those sessions and being able to play at such a high level right now.

In three of the past four Paralympics, Team USA has won gold in women's wheelchair basketball. Wheeler, a member of the Hall of Fame, was a mainstay on both squads, playing in 2004 and 2008 and coaching in Rio five years ago. Wheeler has left the squad to concentrate on her team at the University of Illinois.

Related Article: Morteza Mehrzad's Disability Becomes An Asset in His Volleyball Success As He Leads Team to Gold in Paralympic Games