Ahead of the Tokyo Olympics, Basketball Team USA released a list of players who declined and accepted the offer. 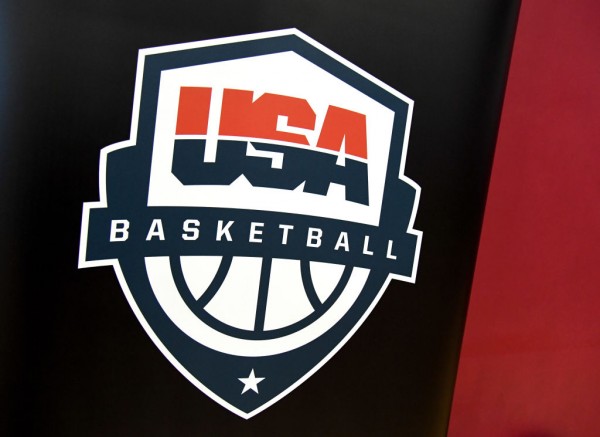 (Photo : Ethan Miller/Getty Images)
A USA Basketball logo is displayed at a practice session at the 2019 USA Basketball Men's National Team World Cup minicamp at the Mendenhall Center at UNLV.

Confirmed To Play in the Tokyo Olympics

The Tokyo Olympics will begin on July 23 after a series of suspensions due to concerns related to COVID-19, according to Yahoo News. Despite the cancellations, international teams are already preparing for the international sports event.

In a recent article published by CBS News Sports, two NBA star players have already confirmed that they will participate in the Tokyo Olympics. These are Portland Trailblazer guard Damian Lillard and Golden State Warriors forwards Draymond Green.

This is the first time that Lilliard will play in the Olympics, but he has always been on the list on numerous occasions to represent the United States. Meanwhile, Draymond Green won gold for Team USA during the 2016 Olympics in Rio de Janeiro.

NBA Stars Who Declined the Offer

Not all NBA Star players accepted the offer to play in the Tokyo Olympics. Some declined due to personal reasons. Three of them are Los Angeles Lakers star players Lebron James and Anthony Davis and Miami's Star Forward Jimmy Butler, as per Live Daily News 24.

Lebron James said that he intends to use his offseason to relax and promote his forthcoming Space Jam sequel. James represented Team USA in 2004, 2008, and 2012. After his last appearance in the Olympics, he already declined to play for the Team USA.

According to The Athletic's Joe Vardon, Lebron James' teammate is also unlikely to participate for Team USA. Davis donned red, white, and blue at the Olympics in 2012, when he won a gold medal before ever participating in an NBA game.

Meanwhile, according to Anthony Chiang of The Miami Herald, Miami's top forward has rejected an offer to play for Team USA. The Heat, like the Lakers, had less than three months off following the 2020 NBA Finals, so Butler will concentrate on rest and recuperation following Miami's first-round series loss to Milwaukee.

Team USA Plans To Have Their Last Stop in Las Vegas

The men's and women's national teams announced Thursday that they will conduct training camps in Las Vegas in July, as well as play seven exhibition games against other Olympic-bound national teams, according to a published article in ESPN.

It is also important to know that all teams in Las Vegas will follow what USA Basketball calls "extensive health and safety procedures," which include obligatory and frequent COVID-19 PCR testing for players, coaches, officials, and staff in compliance with FIBA and USA Basketball recommendations and CDC standards.