After appearing on television, Morteza Mehrzad, who is 246 cm tall, was recruited for the national sitting volleyball squad. Morteza Mehrzad has a long list of accomplishments. 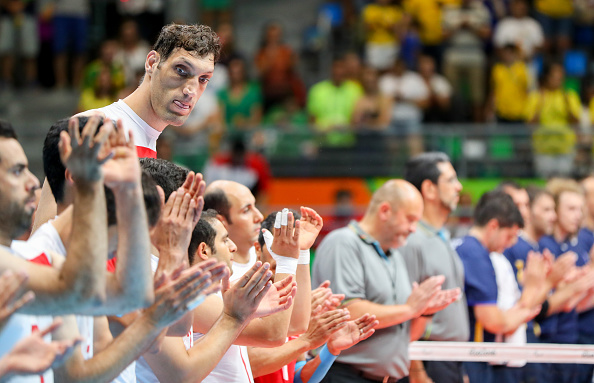 Iran reclaimed the world championship in 2018 with his help, following eight years in the Netherlands. Iran defeated reigning champions Bosnia and Herzegovina 3-0 (25-18, 25-13, 25-20) in the final, with Mehrzadselakjani at his best during the game.

With a 3-1 victory over title-holders Bosnia and Herzegovina, he also helped Iran return to the top of the Paralympic podium for the first time in eight years at Rio 2016. As Iran won its sixth Paralympic gold in the previous eight games, he was the competition's second-best spiker, according to a published article in The Age.

Read Also: Senate Calls to Impeach Biden But McConnell Says POTUS Not Going To Be Removed From His Post

How Tall is Morteza Mehrzad?

Mehrzad stands at a towering 246 cm, or eight feet and one inch. In comparison, a typical door in Australia is 204cm tall. The winning gold medal leap in the men's high jump at the 2016 Olympics was 237cm, according to a published article in The Sydney Morning Herald.

Behind Sultan Kösen of Turkey, Mehrzad is the world's second-tallest living man. Mehrzad's childhood, like that of many people above two meters tall, was challenging. He credits sitting volleyball for saving his life after growing up with few friends due to his handicap.

Mehrzad's Potential for Paralympics Discovered During a Television Show

In a published article in Illawara Online News, Iran national coach Hadi Rezaei was watching a television show in his native country in 2011, five years before the Rio Paralympics, that featured individuals with physical disabilities and unique skills.

Rezaei immediately contacted the television network about Mehrzad's appearance on the show. At an early age, he was diagnosed with acromegaly, a disease in which the body produces too much growth hormone. Mehrzad broke his pelvis when he was 16 years old, causing his right leg to cease developing and become 15 cm shorter than his left leg. He is unable to walk without the assistance of a walking stick.

Mehrzha said, "Due to my impairment I was very depressed. I felt like I was in prison and was afraid to go outside due to my appearance. I could never imagine such a future for myself. Sitting volleyball has had an immense impact on my life," according to a published article in Sports Beezer.

Iran won a gold medal in Rio thanks to Mehrzad's ability to block and spike from a far higher height than his opponents. In the gold medal game against Iran's bitter rivals Bosnia and Herzegovina, he scored 28 points. Meanwhile, when sitting down on the court, Mehrzad has a maximum block reach of 1.96m and a greatest spike reach of 2.30m, which is a nightmare for opposing teams.

Related Article: Afghan Flag Flies at Tokyo Paralympics Despite No Athletes Showing Up