Biden, First Lady To Visit All Three Sites of the 9/11 Attacks; POTUS Orders Department of Justice To Review 9/11 Attacks Documents

President Joe Biden will pay his respects to the almost 3,000 individuals who died in the September 11 attacks by visiting all three 9/11 memorial sites on the 20th anniversary of the attacks. 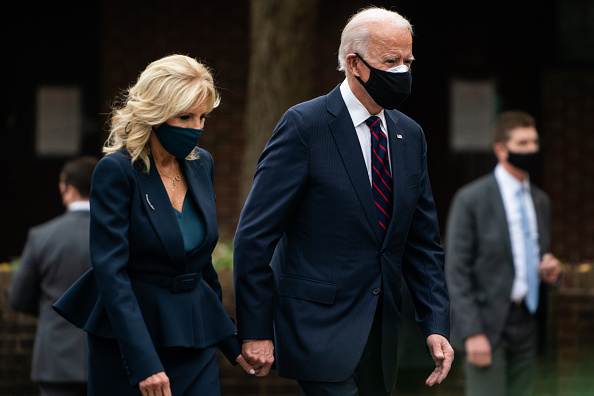 Biden and First Lady To Visit All Three Sites

In a recently published article in CNN News, the White House said on Saturday that President Joe Biden and first lady Jill Biden would visit all three sites of the 9/11 terrorist attacks on the 20th anniversary of the tragic day to give honor and respect.

On Saturday, Biden and his wife, Jill, will travel to New York City, where two planes crashed into the World Trade Center, killing 2,753 people; Arlington, Virginia, where a third plane crashed; and Shanksville, Pennsylvania, where passengers forced down a fourth plane believed to be headed for the US Capitol or White House.

Meanwhile, before joining the President and first lady at the Pentagon, Vice President Kamala Harris and second gentleman Doug Emhoff will go to Shanksville, the site of the United Flight 93 disaster, for a separate ceremony, according to a published report in Yahoo News.

President Joe Biden has directed the Department of Justice earlier this month to examine records from the FBI's investigation into the terrorist attacks on September 11, 2001, for declassification and release, according to a published report in Reuters.

As part of a declassification examination of records linked to the Federal Bureau of Investigation, the order compels U.S. Attorney General Merrick Garland to make the declassified papers public over the next six months. Relatives of 9/11 victims requested a US government watchdog to look into their claims that the FBI misled about or destroyed information connecting Saudi Arabia to the terrorists.

In a letter to Department of Justice Inspector General Michael Horowitz, the request said that circumstances indicate that one or more FBI employees engaged in intentional wrongdoing with the aim to destroy or conceal evidence in order to prevent exposure. Saudi Arabia has denied any involvement in the hijacked airliner assaults.

Moreover, many relatives urged Biden to boycott 20-year commemoration ceremonies unless he released papers they believe prove Saudi Arabian authorities were complicit in the attacks. The Justice Department said in a court filing three days later that it had chosen to examine previous claims of a privilege it had made about why it couldn't disclose certain material sought by families.

In a recently published article in US News, Obama's spokesperson informed a news outlet that former President Barack Obama and former First Lady Michelle Obama would attend the memorial service in New York. However, it is not clear if he will deliver a remark.

Former President George W. Bush and Laura Bush, the former first lady, will also visit Shanksville. The George W. Bush Presidential Center stated that the 43rd President will give the keynote address at an event accessible to the families of those lost on United Flight 93 as well as invited visitors.

Related Article: Taliban Claims Usama bin Laden is Not Behind the 9/11 Attack