Mu COVID-19 Variant Could Be More Vaccine Resistant, WHO Designates the New Strain as 'Variant of Interest"

On Monday, the World Health Organization added Mu, a coronavirus strain originally discovered in Colombia in January, to its "Variants of Interest" list. 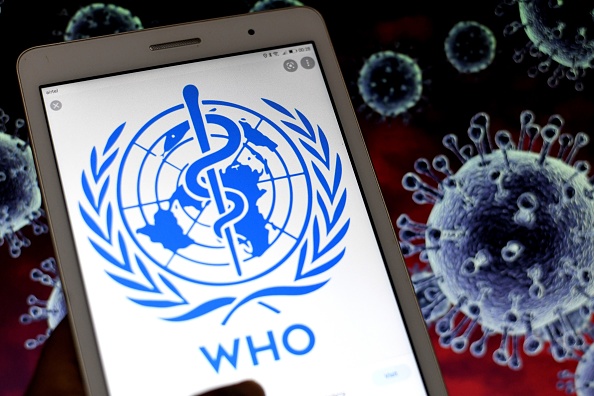 (Photo : Avishek Das/SOPA Images/LightRocket via Getty Images)
WHO designates Mu variant as a "Variant of Interest"

WHO Designates Mu COVID-19 Variant as "Variant of Interest"

In a recently published article in The Hill, the Mu COVID-19 strain, first identified in Colombia, has been classified as a "variant of interest" by the World Health Organization (WHO), which said it would be monitoring the it's spread.

The WHO explained that Mu contains mutations that should be investigated for their possible effect on the immune system. Immunity established via previous infection or vaccination may not be as robust against this variant, according to data provided with the WHO Virus Evolution Working Group.

The Mu variant contains a slew of mutations that point to possible immune-evasion characteristics. Preliminary results given to the Virus Evolution Working Group indicate a decrease in neutralization capability of convalescent and vaccination sera, similar to that observed with the Beta variation, although further research is needed to validate this, according to a published article in Forbes.

Read Also: Epsilon, Lambda COVID Variants: Is It True That These Are COVID-19 Vaccine-Resistant? What Experts Are Doing Now

The Mu variant's distribution has been decreasing worldwide, and it now accounts for less than 0.1 percent of all shared sequences. However, in recent weeks, it has become more common in Colombia and Ecuador. The epidemiological development of this variant, as well as research on its effect, will be carefully monitored by WHO.

Moreover, while Mu's frequency among sequenced COVID-19 cases is less than 0.1 percent worldwide, it has "consistently risen" in Colombia and Ecuador, where it currently accounts for approximately 39 percent and 13 percent of infections, respectively. Given the low frequency of the variant, reports on its prevalence should be interpreted with careful caution, according to a published report in Yahoo News.

Needless to say, it has been discovered that several of the "variants of interest" contain genetic alterations that influence viral properties such as transmissibility, illness severity, and immune escape. Variants of interest are distinct from "variants of concern" which have been linked to a reduction in the efficacy of public health interventions, vaccinations, and medicines.

Eta, Iota, Kappa, and Lambda are some of the other 'variants of interest". Lambda, like Mu, was discovered in South America, in Peru. In November, Iota was discovered in the United States for the first time and these strains are said to be more vaccine-resistant but further studies need to be conducted to prove this claim.

Since March, the WHO has been monitoring the fifth variant of interest. The health department cautioned that it contains several alterations that indicate it may be more resistant to vaccinations, but that further study is required to prove this.

Preliminary evidence suggests that vaccination efficacy is decreased, similar to what has been seen with the Beta version. The WHO stated it will keep an eye on the Mu variant's epidemiology in South America, especially in light of the Delta variant's co-circulation, according to a published report in UN News.