In a challenge to China's claim of the maritime area, a German warship is making its way towards the South China Sea. 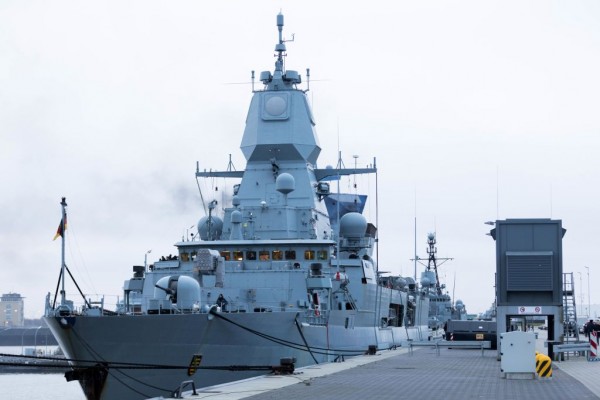 In a recently published article in Express, for the first time in almost two decades, Berlin sent a warship to the contested maritime area on Monday. As a result, the German vessel joins the ranks of other Western countries in opposing China's military presence in the area.

The German ship is not anticipated to cruise across the Taiwan Strait, which Beijing considers to be a dangerous operation. The frigate vessel Bayern (Bavaria) left the German naval base of Wilhelmshaven on Monday at a ceremony attended by Annegret Kramp-Karrenbauer, the country's defense secretary.

The frigate left a German port on its seven-month journey to Australia, Japan, South Korea, and Vietnam, as seen by German Defense Minister Annegret Kramp-Karrenbauer. "We want current legislation to be maintained, maritime routes to be freely navigable, open societies to be preserved, and commerce to follow fair standards," Kramp-Karrenbauer added, according to a published article in MSN News.

The Dispute in the Territorial Claims

Due to the language in the Law of the Sea Convention, China claims that significant parts of the roughly 1.3 million-square-mile region in the South China Sea are inside its sovereign jurisdiction. Various military outposts have been established by the communist nation on manmade islands in the area, which is believed to be rich in oil and fisheries, according to a published article in Newsweek.

Meanwhile, the United States and other nations contest these territorial claims, and the U.S. Navy conducts frequent operations in the seas around several of these islands. Allies have also lent their backing to the US in its fight against China's territorial claims in the region.

In symbolic defiance to China, the countries like France, Japan, Australia, and New Zealand have lately boosted their activities in Pacific waterways. Despite Beijing's concerns, the UK aircraft carrier HMS Queen Elizabeth and her support boats entered the South China Sea last week.

China's Claim Has No Legal Basis

In a published article in ALJAZEERA, the Hague Court of Arbitration decided in 2016 that China's claim had no legal validity. China declined to take part in the lawsuit and subsequently declared the decision to be "null and invalid," This escalates the tensions among other countries involved.

Meanwhile, a spokeswoman for the U.S. State Department said that the preservation of peace and stability, respect for international law, legal unhindered trade, and freedom of navigation and other lawful uses of the sea are all important to the United States.

On the other hand, according to a spokesperson for China's foreign ministry, nations have freedom of passage and overflight in the waterway under international law, but they cannot use this as a pretext to undermine littoral countries' sovereignty and security. China has been increasing its presence in the area as well.