As Taliban insurgents try to wrest control of three key towns in southern and western Afghanistan from government troops, fighting is raging. 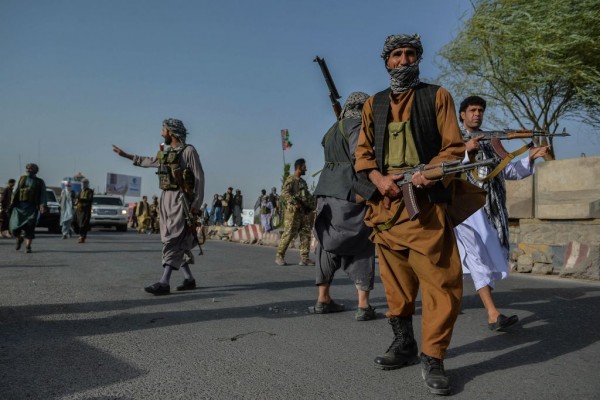 In a recently published article in BBC News, Parts of Herat, Lashkar Gah, and Kandahar have been overrun by Taliban militants. Since it was stated that nearly all foreign soldiers will leave by September, they have achieved fast advances in rural regions.

However, despite concerns about a humanitarian catastrophe and the ability of government troops to hold out, the fate of these important cities may be critical. Fundamentalist Islamist militias are said to have already taken control of up to half of Afghanistan's land, including lucrative border crossings with Iran and Pakistan.

Insurgents were said to be within a few hundred meters from the governor's office in Lashkar Gah on Saturday, but they had been driven back by nightfall. It was their second try in less than a week. On Friday, Afghan troops inflicted heavy losses on terrorists, according to a published article in The New York Times.

Taliban Attacks are Getting Worse

After seizing swaths of the countryside, Islamist militants are targeting major metropolitan centers, putting the city at the heart of Britain's lengthy operation in Afghanistan in jeopardy. Despite American airstrikes and attempted counter-attacks by Afghan government troops, Lashkar Gah, the capital of Helmand province, is one of three cities under the persistent insurgent onslaught, according to a published article in Independent.

Needless to say, thousands of people who fled to the city from neighboring villages and towns are now crammed into a small number of neighborhoods as violent confrontations continue. Over the years, militants have attacked the Helmandi capital on many occasions. Locals, though, believe the situation is worse than it has ever been, with the Taliban appearing eager to seize control.

Walid Mir Mohammed, a 48-year-old businessman, said "They are in the city center and it seems only a matter of time before they take over. They seem more organized than before and they keep going forward despite bombing by planes," according to a published article in FBC News.

Taliban Takes Over Districts in Afghanistan

For the Taliban, capturing Kandahar, the country's second-biggest city, would be a major symbolic as well as strategic triumph. Taking it, together with Lashkar Gah, would give the Afghan government a stranglehold on the southern Pashtun heartland that would be tough to loosen.

However, Taliban tactics have not been solely concentrated on the south since the current war started as foreign troops withdrew. There have been persistent efforts to take over regions in the north and west, the traditional home areas of their Northern Alliance rivals Tajik, Uzbek, and Hazara. Kabul, the capital, is becoming surrounded on all sides.

Fighting is raging in five districts of the third besieged city, Herat, in western Afghanistan, including the region where the airport is located. Some parts have been retaken by government troops, but the UN complex in the city came under fire on Friday, killing one of the guards.