On top of the clear yet tense footage, the words "surrender, commando, surrender" reverberate. A group of Afghan Commandos emerges from the structure. 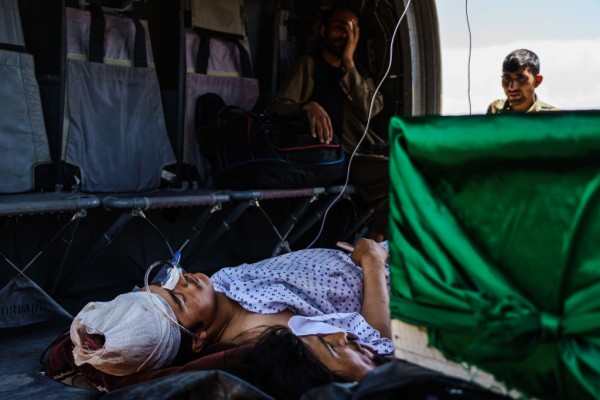 In a recently published article in CNN News, the victims of the execution were members of an Afghan Special Forces squad; and executioners were the Talibans. On June 16, the town of Dawlat Abad in Faryab province, close to Afghanistan's border with Turkmenistan, became the scene of indiscriminate murders.

The corpses of the commandos are scattered over an outdoor market in footage acquired by a news source. Witnesses claimed the commandos ran out of ammo and were encircled by Taliban militants after a hard struggle to defend the town.

One witness said that the commandos came in town with six tanks; but after two hours of combat, they ran out of ammo and got no air assistance. According to one eyewitness, the commandos were encircled by the Taliban. Then they marched them all into the street and shot them all, according to a published report in News Channel.

Read Also: ISIS Remains a Lurking Danger in Afghanistan as US Continues To Withdraw Troops

Fake videos and footage from years-old recordings depicting Daesh [ISIS] militia operations are also being passed off as current acts by the Mujahideen of Islamic Emirate, according to the Taliban.

California News Times reports that the Taliban informed a news source that the footage showing the soldiers being shot was made up by the government to discourage civilians from surrendering. A Taliban spokesperson claimed that 24 commandos taken in Faryab province were still being held captive, but offered no proof.

Taliban Has Taken Control of Districts Across Afghanistan

The Taliban claim control of approximately 200 districts across Afghanistan, mainly in the north and north-west. They have encountered minimal opposition in many places. This comes after U.S. President Joe Biden said that all US soldiers will leave the country by September 11.

According to the Long War Journal, which monitors territorial control in Afghanistan, 212 districts were under Taliban control as of July 10, 76 were under government control; and 119 were still disputed as of July 10.

Though there are about 11,000 Afghan special forces who are US-trained and better equipped than regular troops, they are overworked as the Taliban intensifies its assaults throughout the nation.

Moreover, after gaining control of the region, the Taliban immediately implemented new regulations, according to many locals. Girls were no longer permitted to attend school, and women were not permitted to walk to the market without escorted by a male.

Gen. Austin Miller, the top US commander in Afghanistan, has voiced worry over the Taliban's territorial advances. Amid the increasing bloodshed, he claims, a political deal cannot be reached.

Miller said "I'm one of the US military officers who's had the opportunity to speak with the Taliban. And I've told them ... it's important that the military sides set the conditions for a peaceful and political settlement in Afghanistan," according to a published article in Tell Us Daily.

Related Article: Taliban Wins the War in Afghanistan as the UK, US Troops Pull Out, General Lord Dannatt Claims