Olympic Gold Medalist Caeleb Dressel Admits He Does Not Keep His Medals, Here's Why

Caeleb Dressel, who holds a total of 15 world championship medals, said that medals are unimportant to him. He even said that he does not keep his medals. 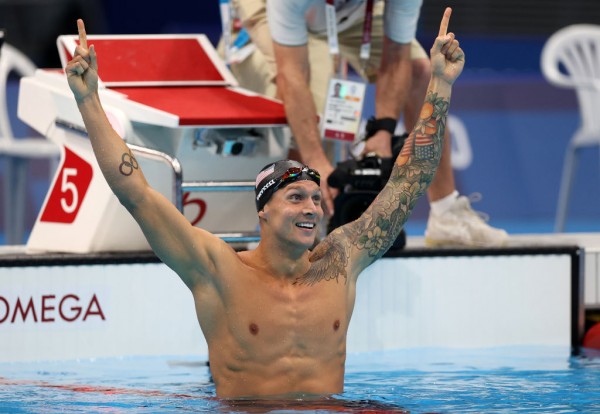 Caeleb Dressel of Team USA has already won four Olympic gold medals, two from Rio 2016 and two from this week. In the four Tokyo Olympics 2020 events that he will participate in, he has a chance to win four more gold medals, according to a recently published article in MSN News.

Dressel said, "I don't keep any of that stuff. You guys should be jealous - I get to do the fun part, which is racing. I get to enjoy the race. I don't need a piece of metal to remind me of that. I got to enjoy it," as per NBC Sports.

Why Dressel Does Not Keep His Medals?

Dressel explained that he does not keep any of his medals. He said, "You guys should be jealous - I get to do the fun part, which is racing. I get to enjoy the race. I don't need a piece of metal to remind me of that. I got to enjoy it," according to a published article in Business Insider.

Dressel is not the only one who thinks this way as many swimmers strive for success in ways other than winning a medal. Despite earning gold, Hungarian butterfly swimmer Kristof Milak lamented not establishing a new world record in the 200-meter butterfly final.

Even though Dressel does not share that attitude, he does seem to appreciate the process as much as the result. The American swimmer also shared that he found greatness in mundanity. He continued to explain that people want to conjure up this massive objective with no stepping stones along the way. He believes that is what leads a person to achieve such a lofty goal.

Dressel Says Comparing Him to Michael Phelps Is Not Fair

In a recently published article in Yahoo News, Dressel said he does not mind if people compare him to Michael Phelps, but he does not enjoy being compared to the all-time most decorated Olympian. However, with such a varied schedule and many worlds and Olympic records already under his belt, Dressel has a good chance of dethroning Phelps.

Dressel said that he has objectives that he would want to achieve to consider himself great and that he does not need to compare himself to Michael to do so.