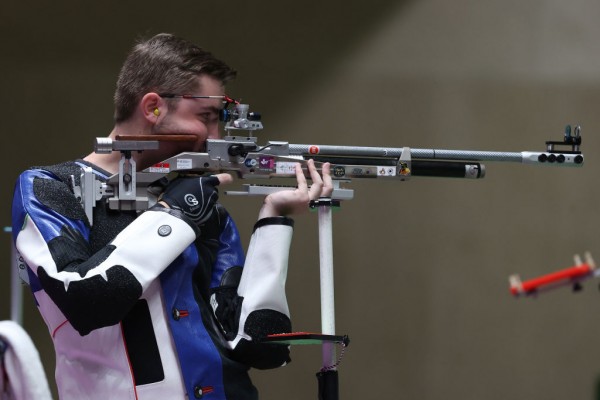 In a recently published article in USA Today, at the Asaka Shooting Range on Sunday, Will Shaner won the men's 10-meter air rifle with a final round score of 251.6, beating China's Sheng Lihao, 16, by 0.7. Yang Haoran of China won bronze, finishing 0.4 seconds behind Sheng.

Shaner's victory established an Olympic record and gave the United States its first gold medal in the event. He just finished second in the NCAA air rifle individual championship and has also helped Kentucky win back-to-back team championships. Shaner's Kentucky teammate Lucas Kozeniesky finished sixth in the Japan tournament with a score of 165.

Will Shaner Set an Olympic Record

In a recently published article in Yahoo Sports, Will Shaner did not seem to gaze anyplace except straight ahead. And all eyes were on him when he set an Olympic record of 251.6, just 1.2 short of the world record. In the final, he hit 10.5 or higher on 13 of his 24 shots.

Shaner's performance was almost identical to his gold medal performance in the World Cup of the International Shooting Sport Federation in Croatia last month. He said "I just did the same thing as I did there and just worked out the problems I had and just knew that it was going to get me to where I wanted to be," according to a published article in Courier-Journal.

He also said that he was working with a lot of bulls-eyes. Shaner dominated the final from start to finish, and national rifle coach Dan Durben of USA Shooting believed he had gold in his future from the start of the round. Durben said that just knowing Shaner, he is fairly sure he will be able to maintain it going the entire way.

Durben Has Been a Winning Coach in Olympics

During his time as an Olympic coach in Sydney in 2000, Durben trained Nancy Johnson, a gold medallist in the women's 10-meter air rifle. It took "a long time" to get another first after 21 years.

It has been a long since the country's men's rifle team has been this competitive, according to Durben, and it has also been very thrilling to watch how both he and Lucas, as well as the women's squad, have really come out strong this time.

Mary Tucker, who has won the last two NCAA championships and is Shaner's colleague at Kentucky, who has placed second behind her in the contests, is one of the ladies who is driving Durben's enthusiasm. Tucker, on the other hand, faltered and placed sixth in the final Saturday, giving Shaner the gold.