The U.S. said on Sunday that North Korean leader Kim Jong Un's remarks indicating he is ready for dialogue was an "interesting signal." 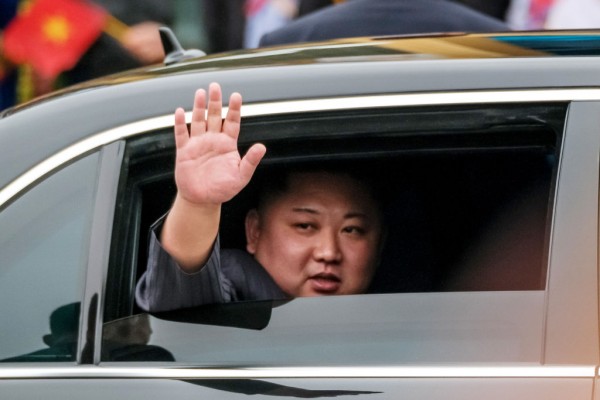 (Photo : Linh Pham/Getty Images)
Kim Jong-un waves from his car after arriving by train at Dong Dang railway station near the border with China in 2019.

In his first public remarks on U.S. President Joe Biden's administration, Kim Jong Un encouraged preparedness for both conversation and confrontation with the US, reported Reuters.

Meanwhile, U.S. National Security Adviser Jake Sullivan said Washington would still need a direct and unambiguous answer from Pyongyang, insinuating its readiness to engage in negotiations, according to a published article in the U.S. News.

Sullivan said, "His comments this week we regard as an interesting signal and we will wait to see whether they are followed up with any kind of more direct communication to us about a potential path forward."

Kim's comments came only two days before Sung Kim, the newly designated U.S. ambassador for North Korea, was scheduled to travel to South Korea for his first visit since assuming the position last month, according to a published article in Indiana Express.

During his visit, he would meet with South Korean and Japanese colleagues, as well as other Seoul officials, according to the State Department on Thursday.

It can be remembered that last month North Korea lashed out at the United States and its ally South Korea, claiming that Washington's remarks on North Korean policies demonstrated a hostile attitude that demanded a commensurate reaction from Pyongyang.

The US special envoy for North Korea offered to meet with Pyongyang anywhere, anytime, and without preconditions on Monday, the first public contact between the Biden administration and the nuclear-armed country.

Sung Kim's comments come after North Korean leader Kim Jong Un issued his first response to Washington's recent assessment of its policy to his isolated nation, saying Pyongyang must be prepared for both "conversation and confrontation."

The Biden administration has previously said that it would use a "realistic, measured approach," including diplomatic attempts to convince impoverished North Korea to abandon its prohibited nuclear weapons and ballistic missile programs.

Last week, Kim Jong Un declared the nation's food situation "tight," raising the alarm in a country with a dormant agricultural sector that has long struggled to feed itself and is now in self-imposed seclusion to attempt to shield itself from the global pandemic.

On Sunday, Pyongyang's state-run media claimed that Kim and senior officials had discussed "immediate measures" to address the country's "current food crisis." North Korea has long claimed that it has had no instances of the virus, which experts question, but it has paid a high economic price for its self-imposed embargo.