Following an in-person meeting in Annapolis, Maryland, officials from the US, South Korea, and Japan urged North Korea to curb its contentious nuclear and missile programs.

The US, Asian allies urged denuclearization from North Korea 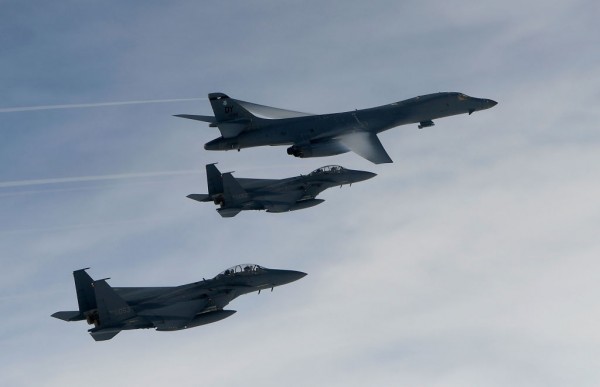 Following recent warnings from Pyongyang against the new US administration, US National Security Advisor Jake Sullivan met with his counterparts from South Korea and Japan, Suh Hoon and Shigeru Kitamura. According to a joint statement, the three "shared their concerns over North Korea's nuclear and ballistic missile programs." They also promised concerted trilateral cooperation toward denuclearization.

After Pyongyang allegedly fired two ballistic missiles last month, the officials urged North Korea to follow UN resolutions on its nuclear programs. An analysis of US foreign policy against North Korea will be done shortly by the Biden administration. Biden has previously chastised North Korea for its missile launches but has also indicated that if diplomacy is necessary, he will do so.

Biden's response to North Korea varies significantly from his predecessor, former President Donald Trump, as per DW via MSN. While Trump and North Korean leader Kim Jong-Un were initially hostile, Trump later said that he "fell in love" with the dictator.

During his administration, Trump downplayed North Korea's missile testing and pursued a diplomatic settlement with Pyongyang to cement his foreign policy reputation. In exchange for removing US sanctions that were undermining North Korea's economy, the Trump administration hoped that North Korea would follow a road to denuclearization.

During the 2020 election campaign, Biden vowed a new strategy, saying he would not consult with Kim without preconditions. Biden previously referred to Kim as a "thug," while North Korea referred to him as a "rabid dog."

Following a string of short-range rocket launches last month that signaled a new threat from Pyongyang, the US, Japan, and South Korea raised concerns about North Korea's nuclear and ballistic missile programs. Ahead of the conference, a US official said Sullivan would use the opportunity to set out the Biden administration's evolving policy against North Korea after the president threatened "responses" if North Korea intensified following the resumption of missile launches. Biden will meet with Japanese Prime Minister Yoshihide Suga in person for the first time as president with a head of state, Bloomberg reported.

Following a gathering of top national security officials from the three countries at the United States Naval Academy in Maryland, one of the country's oldest military schools, the pledge was made in the form of a joint declaration. The face-to-face talks came a week after North Korea launched two ballistic missiles into the ocean in defiance of UN sanctions, a development seen as an early challenge for the Biden administration.

The officials said in the statement that they had agreed on the importance of the international community. Particularly North Korea's implementation of appropriate UN Security Council resolutions, avoiding proliferation and cooperating to reinforce deterrence.

The officials are also concerned with the preserve peace and stability on the Korean peninsula. They addressed "the value of reuniting divided Korean families and the rapid resolution of the abductions issue." The statement also refers to Pyongyang's kidnapping of Japanese nationals to train spies in the 1970s and 1980s.

The consultation, which was the Biden administration's first national security adviser-level meeting, expressed "the emphasis we put on broadening and expanding our cooperation on key issues. Also, it emphasize promoting our mutual stability through a free and transparent Indo-Pacific." National Security Council spokeswoman Emily Horne said. In a remarkable instance of in-person diplomacy during the coronavirus pandemic, US Secretary of State Antony Blinken and Defense Secretary Lloyd Austin visited Seoul and Tokyo last month, as per South China Morning Post.