A choir conductor was executed in North Korea after criticizing an event where Prime Minister Kim Jong Un and his wife attended. 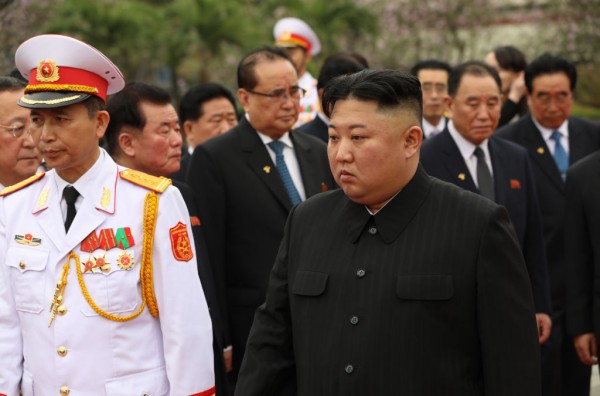 Execution of a Choir Leader

In a recently published article in MSN News, North Korean leader Kim Jong Un allegedly ordered the execution of a choir leader who was shot 90 times. It was also reported that members of the choir were forced to march and passed the dead body.

How Did It All Start?

According to a published report in Newsweek, this all began during Kim's birthday on February 16 as reported by Joo. North Kore also celebrates that day as the Day of the Shining Star. The North Korean leader and his wife appeared at the Mansudae Arts Theater in Pyongyang for a night of performances to mark the holiday.

One of the shows that night, according to Joo, was called "Ghost Magic," and it showed actors doing magic tricks behind screens as if they were shadows. Kim allegedly lauded the performance afterward, but a conductor nearby commented that he did not think the show was all that great. The conductor was arrested later that night, Joo wrote.

According to Joo, two days later, an order was given for all artists in Pyongyang to assemble. According to the reporter, on February 20, crowds assembled at an execution spot to see the conductor of the choir bound up.

According to Climax Newsroom, Joo wrote in the article "The conductor of the choir...died horribly in front of his men.... The execution was carried out by three AK-47 automatic riflemen and shooting one magazine (30 rounds) each from a distance of 10m. It is said that the body, which was hit by 90 shots, became so full that it could not be lifted."

Meanwhile, Joo also mentioned in the article that the man who was executed was the conductor from the ceremony and his name was heard to be Hyun-woo Cho. However, he tried to verify the identity of the choir conductor and only the name Hyun-ho Ryu who sounds alike to the one who was executed can be found.

Joo was still unsure if the executed person's name was Hyun-ho Ryu, Hyun-woo Cho, or anything else when he wrote the post, but he said: "it is clear that the conductor was publicly executed anyway."

Yeonmi Park, a North Korean defector, detailed the story on her YouTube page. Yeonmi is a well-known activist, despite the fact that some of her personal records from her upbringing in North Korea have been blamed for inconsistencies.

However, she attributes these occurrences to translation errors. Despite this, her video about the incident has gained over a million views.

A news outlet tried to reach out to the official website of the Democratic People's Republic of Korea as well as the local newspaper but they did not yet give any comments.