U.S Vice President Kamala Harris claimed on Monday that she had "robust" conversations with Guatemalan President Alejandro Giammattei on tackling corruption to prevent Central American migration and bluntly advised migrants not to come to the U.S. 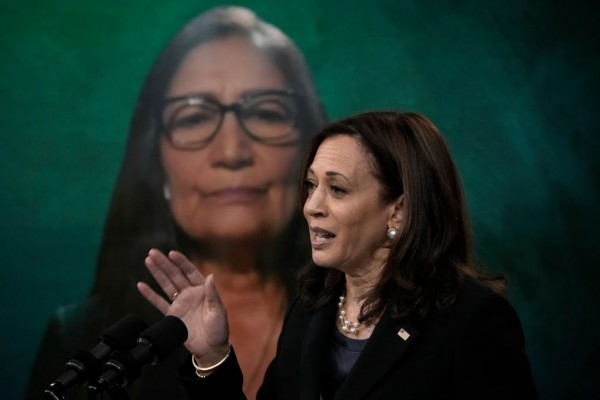 The Biden administration has long been campaigning the ease of immigration policies even during the elections. Following the victory of Biden, a surge of migrants has increased in the Southern Border and this becomes one of the main problems of the new administration.

In a recently published article in The Hill, Harris said "The reason I am here in Guatemala, as my first trip as vice president of the United States, is because this is one of our highest priorities."

When asked to react to Republican accusations that she and Biden have not visited the southern border, Harris told reporters that she is focused on tackling the core causes of migration in a manner that produces "significant" and "tangible" effects "rather than big gestures."

Harris Repeatedly Said "Do Not Come"

The U.S. Vice President Kamala Harris said "Do not come. Do not come. The United States will continue to enforce our laws and secure our borders. If you come to our border, you will be turned back," according to a published article in Reuters.

In addition, Harris said that a US anti-corruption task force will collaborate with local prosecutors to target corrupt people in the area. The Biden administration has identified corruption as a root cause of the poverty and violence that is pushing unprecedented numbers of Central Americans to seek asylum in the United States, according to BBC News.

The corruption task group has already been proposed, but Harris provided further specifics, stating that it would include resources from the Justice, State, and Treasury departments. Differences of opinion over the battle against corruption developed in the run-up to Harris' travel to Guatemala, her first official abroad tour, with corruption fighters lauded by Washington being chastised by Giammattei.

Harris said that the United States will invest in agricultural enterprises and affordable housing, as well as assist Guatemalan entrepreneurs. According to a fact sheet, the White House aims to contribute $48 million over four years to increase economic opportunities in Guatemala.

Harris also announced that the United States will provide 500,000 excess coronavirus vaccinations to Guatemala as part of a larger initiative to increase global vaccine availability and to help the country slow down the number of COVID-19 cases.

However, Harris's repeated call to migrants to stay at home overshadowed the visit's minutiae, revealing the stark reality that migrant apprehension counts at the US-Mexico border continue to be the yardstick by which immigration policy success is evaluated.

When asked to react to Republican accusations that she and Biden have not visited the southern border, Harris told reporters that she is focused on tackling the core causes of migration in a manner that produces "significant" and "tangible" effects "rather than big gestures."