President Joe Biden signed an international deal with the governments of Mexico, Guatemala, and Honduras to stop the migrants from reaching the U.S. The spike of migrants arriving at the Southern Border is one of the challenges that the young Biden administration faces. The uptick of migrants in March is so far the highest number of monthly apprehensions. 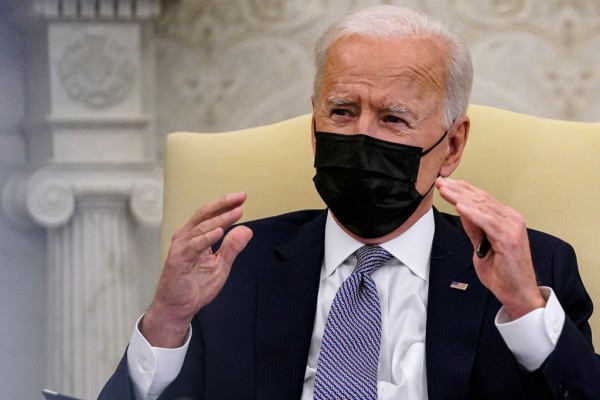 According to a recently published article in The Guardian, Biden signed an international deal with the governments of Mexico, Guatemala, and Honduras to stop massive numbers of migrants arriving at the Southern Border.

The agreement comes after a record high of unaccompanied children of migrants arrived at the Southern border and after the largest number of Border Patrol apprehensions with around 170,000 since 2001.

Part of their agreement is the deployment of military troops. According to a published article in the Associated Press, the White House Press Secretary said Mexico would maintain its deployment of 10,000 troops.

Meanwhile, Guatemala sent 1,500 police and military troops to the Southern Border, while Honduras contributed 7,000 troops. They aim to disperse massive numbers of migrants who will attempt to reach the border.

Guatemala will make sure also that they can stop any attempts of migrants in reaching the Southern Border. They will set up 12 checkpoints along the migratory route through the country, according to an article published by PBS.

The White House Released a Statement

White House Press Secretary Jen Psaki said, "the objective is to make it more difficult to make the journey and make crossing the borders more difficult." She also added that the agreement was a product of a series of bilateral agreements between the U.S. and Central American nations' governments.

Migrants from Central America and Mexico are fleeing rampant violence, organized crime, and hunger brought about by crop failure and the effects of climate change. The right to seek asylum is protected by foreign and U.S. law.

The spike of migrants, most especially the unaccompanied children, comes after President Biden revoked most of the immigration policies of former President Donald Trump. He also stopped the construction and funding of border walls.

Numbers increased dramatically during Trump's final year in office but continued under Biden, who immediately reversed much of his predecessor's policies, including requiring asylum seekers to wait in Mexico for court hearings in the United States.

Previously militarized efforts to restrict migration in the area have not limited the number of people moving north through Mexico. Instead, it pushed refugees to take riskier paths through rural areas, exposing them to an increased risk of kidnapping and death.

Mexicans made up the lion's share of those seen by the U.S. Border Patrol, and almost all were single adults. Honduran and Guatemalan arrivals were second and third, respectively, and more than half of those were families or children traveling alone.