Oscars 2021 speeches were long and unexpectedly moving. There was just one minor hiccup, as the theater was bright and intimate. The Oscars for 2021 are over, and this year's ceremony has a distinct, more casual feel than previous years. Here are some of the highlights of the ceremony, from remarkable winners to their speeches:

Award winners made history at Oscars 2021 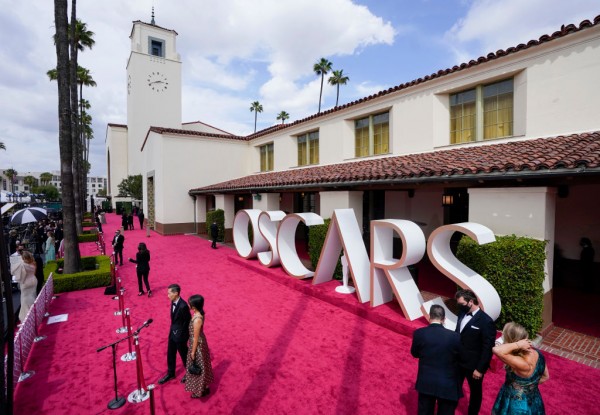 Chloé Zhao made history by being the second woman to win the best director and the first woman of color to do so. Minari's Youn Yuh-Jung took home the award for best-supporting actress for the first time in the show's 93-year history.

Yuh-Jung Youn, a Korean actress who won Best Supporting Actress for Minari, joined the exceptional ladies. According to USA Today, the actress cheerfully accepted her award and joked on stage while waving hello to Brad Pitt. Surprisingly, Anthony Hopkins won the best actor for The Father, defeating the odds-on favorite, Chadwick Boseman.

Nomadland, directed by Chloé Zhao, won the best picture and best actress for Frances McDormand, giving her a record-breaking fourth Academy Award. The talented lady has been recognized for her softly convincing portraits of those on the margins of society in the American West, portrayed mainly by non-professional actors.

Nomadland took home three Oscars in all, the most of any film on the night. Mank, The Father, Judas, and the Black Messiah, Ma Rainey's Black Bottom, Soul, and Sound of Metal were among the artists who received two nominations, as per CNET.

Daniel Kaluuya won an Oscar for the best supporting actor while playing a lead role. He'll gladly accept it. On Sunday night, Kaluuya received his first Academy Award for playing one of the two lead roles in "Judas and the Black Messiah." Daniel Kaluuya's following projects are geared toward teenagers.

The actor is producing and starring in Netflix's adaptation of Femi Fadugba's forthcoming novel "The Upper World," which is set to premiere in 2021. Esso, played by Kaluuya, reveals that he can look into both the past and the future.

According to Cinemablend, Kaluuya and Mattel have been working on a live-action "Barney & Friends" film adaptation since 2019. When he revealed the project, Kaluuya told The Guardian that he was looking forward to exploring a "modern-day hero" and seeing how his message of love would bear the test of time.

The 2021 Oscars returned to an in-person ceremony. Still, the Academy Awards continued to be full of innovative award winners, huge snubs, and even some butt shaking by your favorite screen stars. Chloé Zhao related how she and her father would memorize classic Chinese poems and texts in her acceptance speech.

One she recalled, in particular, is called "The Three Character Classics," which begins with the expression people at birth are inherently good.

Chloé Zhao’s #Oscars acceptance speech is one for the books
pic.twitter.com/HyzyaeP74P

Meanwhile, Daniel Kaluuya began his speech by thanking his mother for "everything" and the rest of his family for their love and support. Then things changed, and he started talking about his mother in a new light. Kaluuya voiced regret for what he said in his speech in an interview afterward, but we'll see what kind of text messages he receives from his mother.

Daniel Kaluuya remembers Fred Hampton in his acceptance speech: "How blessed we are that we lived in a lifetime where he existed...When they played divide and conquer, we say unite and ascend." https://t.co/sdgeoBK7lX #Oscars pic.twitter.com/T58yZO1Bq7

Yuh-Jung Youn greets Brad Pitt. The actor continued by praising her fellow nominees, particularly Glenn Close. She said, "I'm luckier than you. Maybe it's even the Korean actor's American hospitality."

She also praised her two sons for their contributions to "compel her to go to work, this is the outcome since mommy works so hard," the actor said before being escorted off stage by Pitt.

Lastly, Tyler Perry received the Jean Hersholt Humanitarian Award at the 2021 Academy Awards, and his speech had a simple message: "refuse hatred." The Hollywood mogul discussed the lessons he learned as a child, as per Yahoo.

Academy Awards 2021: What To Expect From the Unusual Oscars Ceremony