Kendall Jenner was given defense against another stalker just two days after receiving a five-year restraining order against stalker Maik Bowker.

The 25-year-old supermodel was issued a new five-year restraining order against a 27-year-old man named Shaquan King. On Thursday, a Los Angeles judge directed King to stay at least 100 feet away from Jenner, her sister Kylie Jenner, and her mother Kris Jenner, TMZ reported. 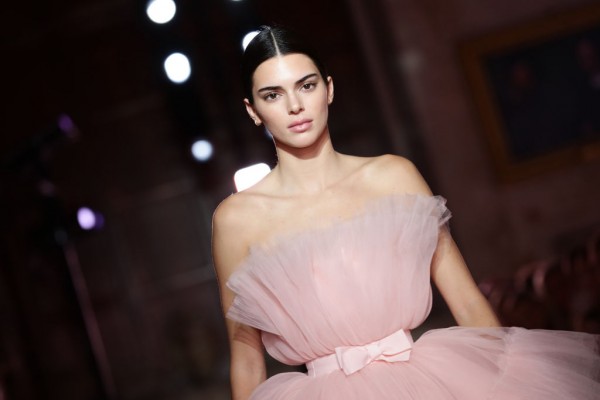 In late March, King gained access to Kendall Jenner's house, where he stripped down and jumped into her pool. He also broke windows in Kendall Jenner's house before being arrested by Jenner's personal security. Because of COVID-19 guidelines, King's detention by Los Angeles police was short, reportedly just six hours.

He then went to Kylie Jenner's gated community and was arrested for felony stalking only a day and a half after his release. "Directly or indirectly, in any manner, shape, or form," King is now prohibited from contacting the three Jenners.

For the next five years, he is therefore prohibited from entering any of their residences, businesses, or cars. Kendall Jenner was represented by her lawyer, Kate Mangels, at the hearing, which King was not present for.

Bowker, Jenner's other stalker, reportedly intended to travel across the country and purchase an illegal weapon to murder both Kendall Jenner and himself. An LAPD detective alerted her to the plot, and she went to court to obtain the restraining order, which she was granted.

Lizzo Sends Flirty Drunk DM to Chris Evans. How Do You Think He Responded?

Jenner has significantly increased her security after both cases, and she has since relocated. In late March, it was announced that she was packing her belongings and leaving her Beverly Hills home because there was too much risk there, despite increased security. She has since transferred to a 'secure place with armed security,' and it is unclear if she wants to return to the house or sell it, Daily Mail reported.

The second restraining order came about a month after she received a temporary restraining order against Bowker, 24, after he allegedly traveled around the United States to purchase a firearm. Despite her home being armed with security guards at all times, Jenner reportedly told the court that Bowker's horrific threats had caused her "extreme emotional distress," as per METRO. Bowker was placed in a psychiatric ward in a local hospital in March and was about to be discharged, causing Kendall Jenner to relocate and file for the immediate restraining order.

The reality TV personality seems to be taking it in stride and is accompanied by her boyfriend Devin Booker. Since the usually private model made their relationship official, things have been heating up between the two. Fans went crazy over his flirty comment on an Instagram photo of her posing in a field, which simply read: "Very beautiful...Course." The 24-year-old NBA star is a guy of few words.

Jenner and Booker's relationship rumors began a few months earlier when the pair were seen making multiple public appearances. Dinner with Justin Bieber and his wife Hailey, who is considered to be acquainted with the Kardashians, was one of these appearances. The two had already shared Valentine's Day together, which served as final proof of their relationship. Although both of them have kept their relationship out of the spotlight, a story by People reported a few intriguing things about the pair, Republic World reported.