NBA Star LeBron James was accused of inciting violence after tweeting the words "You're Next," which has already been deleted. LeBron James of the Los Angeles Lakers faced harsh criticism over a now-deleted tweet that targeted a Columbus police officer involved in the killing of Ma'Khia Bryant, a 16-year-old girl, according to a recently published article on FOX News. 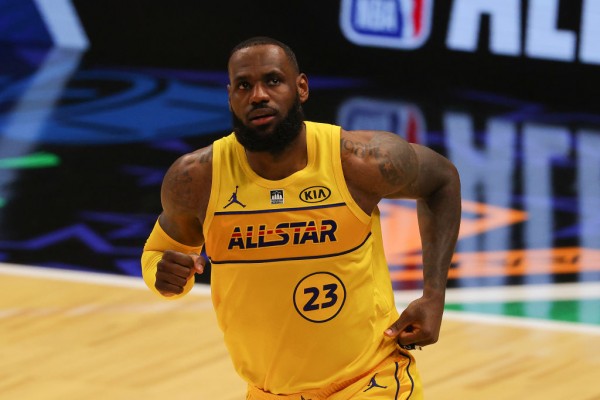 According to the bodycam video released late Tuesday, Bryant was shot while assaulting another Black teen with a knife. However, James, and many other public figures, indicated that the Columbus shooting was unjustified because it occurred too soon after the guilty verdicts of Minneapolis police officer Derek Chauvin on murder and manslaughter charges in the death of George Floyd.

"YOU'RE NEXT #ACCOUNTABILITY," the NBA legend wrote with an hourglass emoji over a screenshot of one of the officers at the scene of Bryant's shooting. According to a published report on Yahoo Sports News, critics accused James of using his huge Twitter base to target the cop.

Republican Sen. Tom Cotton said, "Lebron James is inciting violence against an Ohio police officer. This is disgraceful and dangerous. Is the NBA okay with this? Is Twitter?"

Conservative writer A.G. Hamilton also tweeted and wrote that the cop did nothing wrong but just responded to the scene to avoid a more serious incident. He also condemned that LeBron James was inciting violence by attacking the cop using his social media with 50 million followers, according to a published report on Space Coast Daily.

Lebron James Explained and Defended Himself

LeBron James tweeted, "ANGER does any of us any good and that includes myself! Gathering all the facts and educating does though! My anger still is here for what happened that lil girl. My sympathy for her family and may justice prevail!"

He also added that he is tired of seeing African-Americans or Black people in the country being killed by police. LeBron James also defended himself and explained that his tweet was not about one police officer.

I’m so damn tired of seeing Black people killed by police. I took the tweet down because its being used to create more hate -This isn’t about one officer.  it’s about the entire system and they always use our words to create more racism. I am so desperate for more ACCOUNTABILITY

James is one of the public figures and media sources who had downplayed Bryant's role in the assault when she was injured. Former Obama adviser Valerie Jarrett said the officer fired at Bryant "to break up a knife fight."

The National Basketball Association and the Los Angeles Lakers have not yet responded to the recent action of the NBA star Lebron James. The player has been very vocal during the death of George Floyd.