Hunter Metts of American Idol wept as he forgot the lyrics of Falling Slowly by Glen Hansard & Markéta Irglová from the movie "Once" during tonight's performance.

After losing his words at the end of his set, the contestant broke down in tears. Hunter Metts sang the ballad with all his heart, and he was overcome with emotion as he screwed up the ending. 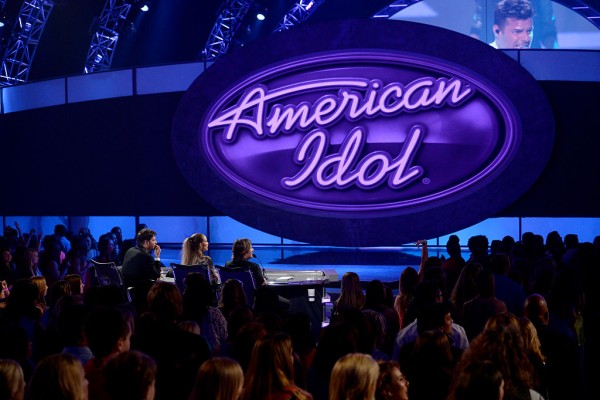 Katy Perry, a judge on the show, consoled the singer, saying, "Hunter, beauty is an illusion. That doesn't make a difference. It reveals your humanity and vulnerability."

Hunter is a popular candidate for the title during Season 19, with both the judges and the audience rooting for him. Despite this setback, the young artist was not eliminated and will continue to compete alongside the remaining nine contestants, as per The Sun.

The rising star had previously auditioned for Idol but could not proceed due to his sister's employment with Disney, ABC's parent corporation. Her job was seen as a conflict of interest, but she resigned to help her brother realize his dreams.

Fans were taken aback this season when Paula Abdul returned as a guest judge 11 years after leaving the show. Last week, she stood in for Luke Bryan as he was fighting COVID-19, and Lionel Richie and Katy Perry joined her. During the show, Ryan Seacrest called Randy Jackson, 64, another Idol legend, to arrange a reunion.

The judges rushed to Hunter Metts' support, who was clearly distressed and in tears, ET reported. "That was the best performance you have ever given," said judge Katy Perry. "Perfection is an illusion," she said, addressing the blunder. It makes no difference. This demonstrates that you are a human being who is vulnerable. That is something that everybody can relate to. It's incredible because it's full of emotion. That is what music is all about! I realize there is a lot of pressure here, but it isn't about being flawless. It's just about connecting with people, and you've just done that. You had your eyes and heart open, and you were so close that you forgot where you were, which was perfect."

Luke Bryan had a similar reaction. "I have no idea what happened at the end, but it didn't bother me. You didn't do anything wrong. At that moment, you couldn't go wrong," Bryan said, nodding to Metts' falsetto notes.

Lionel Richie went on to say that he was all too familiar with skipping a song's lyrics. People would tell him, "Oh my god Lionel, I was there the night you forget the lyrics to 'Hello.'" Although he was having the worst night in his life, the crowd appeared to be having a good time.

Hunter Metts is one of the most famous contestants on American Idol Season 19. Hunter has been revealed as one of the ten contestants voted through to the next round by viewers during the show's April 12 episode. The judges then select two more artists to complete the top 12, and those 12 singers will perform on April 18.

Hunter and the other remaining performers would perform Oscar-nominated songs in front of the judges and audiences during the top 12 live broadcasts. After voting in America, only nine of those singers can advance. After ten finalists from Season 18 return to compete again, the top ten will be rounded out, with no one claiming the final slot.

Hunter uses American Idol as a platform to support his music career, but his music is already available on streaming services. In 2021, he released the songs "The River" and "Loaded Gun," as per Hollywood Life.