This week, fans are clamoring for a sequel to Lady Gaga's 2013 album "ARTPOP," which is trending and climbing the charts. The album is currently second in the US iTunes album sales list, eight years after its release, as fans demand the album's B-sides to be added. 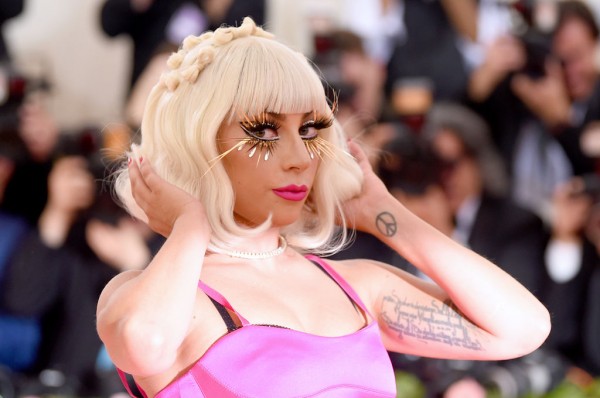 The singer's real name is Stefani Germanotta, and the petition asks Interscope Records and the singer to release 'ARTPOP Act II.' "ARTPOP: Act II" was a proposed follow-up to the album, which the "Rain On Me" singer casually teased during a Twitter Q&A in October 2013, when she said there were "lots of songs for Act 2."

However, no specifics of a finished album or compilation of songs were ever officially announced. The album was never completed after the release of "ARTPOP," which was critically panned at the time. Instead, in 2014, Lady Gaga released "Cheek to Cheek," a collaboration album with Tony Bennett, and in 2016, she released "Joanne," her fifth studio album.

Lady Gaga's 2013 album "ARTPOP" was a huge hit with fans, as per Newsweek. It merged pop music and art to make something completely unique. Fans are also clamoring for the next volume of her fourth studio album, which was released eight years ago, said the petition, which had over 40,000 signatures at the time of publication.

DJ White Shadow, the producer of "ARTPOP," praised the album's resurgence on Instagram, calling the revived attention "an amazing gift." According to the creator of the change.org petition, DJ White Shadow once urged fans to "petition" Lady Gaga to release the album.

Lady Gaga has responded to a petition calling for a follow-up to her 2013 album Artpop. The singer's fans recently launched a Change.org petition to get her album, Act II, released, which gained over 40,000 signatures. Fans also made the hashtag "buy Artpop on Itunes" trend on Twitter overnight, propelling the album into the Top 2 of the US iTunes sales charts. The petition asked fans to sign it if they wanted Lady Gaga to release the Artpop sequel Act 2 if it reached 50,000 signatures, Republic World reported.

Lady Gaga took to her Twitter account to express her gratitude to her followers. She described the album as "heart surgery" and said she was very emotional about it. The 'Shallow' singer said she felt "desperate, in agony... and slammed harder than any drug" when recording the song. In a second tweet, she clarified how she fell apart after launching the album. She expressed gratitude to fans for praising the 7-year-old record, which she described as "destructive" at the time. She also spoke about how she thought the album was still "ahead of the time."

Fans expressed their support for the Bad Romance singer by sending in tweets. Although one fan exclaimed that they loved her, another gushed about their "Queen." Fans also used GIFs to express their feelings after receiving a response from their favorite artist. The tweet quickly went viral, receiving over 22,000 retweets.

At the time of publication, the 7-year-old album was still in second place, behind only Taylor Swift's first remastered album, "Fearless (Taylor's Version)," which was released on Friday, as per Business Insider. "Artpop" was the shape-shifting artist's most controversial album of its release in November 2013. However, as Lady Gaga said in her tweet yesterday, the album has now become a fan favorite, and critics now realize how ahead of its time it was and how good it is.

During a Twitter Q&A in October 2013, Lady Gaga seemed to confirm she was working on a sequel to "Artpop" - even before the original was released. According to Entertainment Weekly, Shadow has reportedly performed instrumentals from "Artpop: Act II" at concerts. During Lady Gaga's Joanne World Tour in 2017, she opened the show with a preview from a song called "Tea," a possible track on the upcoming album.