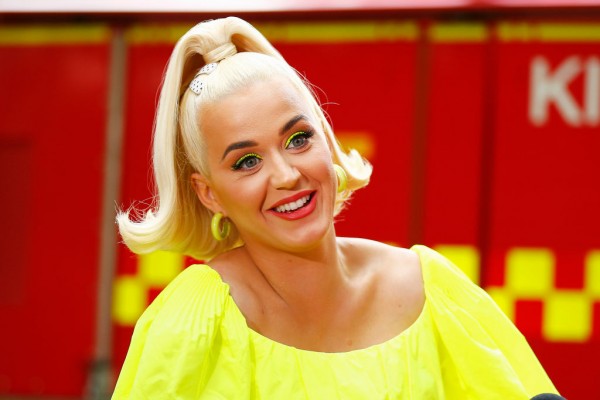 (Photo : Daniel Pockett/Getty Images)
Katy Perry Performs Fight On Concert For Firefighters And Bushfire Victims In Regional Victoria BRIGHT, AUSTRALIA - MARCH 11: Katy Perry speaks to media on March 11, 2020 in Bright, Australia. The free Fight On concert was held for for firefighters and communities recently affected by the devastating bushfires in Victoria.

The Top 24 contestants on the ABC competition had the tough job of singing a solo performance and then teaming up with a celebrity for a duet this week. Bean, whose real name is Brennan Hepler, was partnered with Josh Groban, a 40-year-old powerhouse vocalist, to sing for his life in front of the season's first live crowd.

Josh Groban displayed his incredible range during their performance of Robbie Williams' Angels, as Katy Perry, 36, looked on from the audience. The pop star sat and watched, visibly moved and dazzled by her ex's performance.

Katy appeared fascinated, laughing, and looking on before joining fellow panelists Luke Bryan and Lionel Richie in offering a standing ovation at the end. As he ran off stage, Grammy winner Josh Groban elbow-bumped Beane, but not before giving her one more glance and a wave.

"I would sign you," the Teenage Dream songstress told Beane as Josh watched on a monitor backstage. "You sang your socks off with Josh and you did those runs at the end that were so pro." I'd put money into you in a heartbeat." The former couple, who were associated on and off between 2009 and 2012, reunited on American Idol, causing outrage among fans, as per The Sun.

After another heavenly performance from 23-year-old Beane, the "American Idol" judges were left standing on their feet, ET via MSN reported. During Monday night's show, the talented young singer paired up with Josh Groban to perform a special rendition of Robbie Williams' "Angels."

Beane's earlier solo included a different style of music, Dua Lipa's "Don't Start Now," demonstrating his versatility. Brennan Hepler, a resident of Brighton, Massachusetts, claims he goes by the stage name because it's "easier to recall."

Katy Perry and Josh Groban have their partners

Katy Perry revealed her hit single from her record-breaking Teenage Dream album, The One That Got Away, was about Josh during a segment on James Corden's show in 2017 while promoting her underperforming Witness album. "People always ask, 'Who is The One Who Got Away?' "That's Groban, without a doubt," she answered.

Meanwhile, Josh Groban referred to the remarks two years later during an appearance on Andy Cohen's Watch What Happens Live. "Well, we did," he said. Since we were both so private, we knew we would get along well as friends.

"We'd make out in your Mustang to Radiohead," Katy famously sings in the 2010 breakup track. However, they both have since moved on, with new mom Katy Perry has been engaged with Orlando Bloom for years, and Josh Groban dating actress Schuyler Helford.

Last summer, the pop star gave birth to her first child with fiance Orlando Bloom, a little girl named Daisy. The actor also has a 10-year-old son named Flynn, whom he shares with his ex-wife Miranda Kerr.

While the pair is excited about their baby daughter, during a lengthy interview with The Guardian last month, Orlando revealed a lot about their one-on-one time. When asked who his greatest love was, the actor mentioned Katy, saying, "My son, Flynn, and my daughter, Daisy Dove, a dog named Mighty, and then, of course, my fiance."