Katy Perry has been slammed by fans who think she is "mean" for faking out "American Idol" contestants before moving on to the next round. The judges on "American Idol" have repeatedly tricked the contestants into thinking they will not advance until announcing their place in the next round. During tonight's episode, Katy Perry received some backlash on Twitter, with fans calling the fake outs "tiring" and "mean." 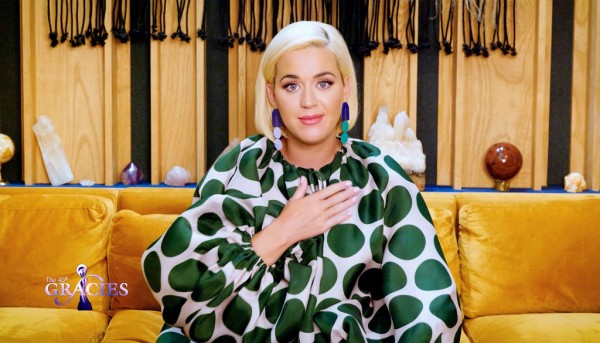 According to The Sun, several candidates were led to think they were going home and would not be returning until the new mom convinced them otherwise. On the other hand, the TV host wanted to make a joke out of the fake outs, encouraging fans to "drink" if the judges tricked a contestant.

Cassandra Coleman was one of the singers who the blonde judge had recently faked out, and Katy Perry wanted to make a joke about it in a second tweet. Many viewers were dissatisfied with the game, which they believed manipulated the contestants' emotions.

Tensions on the ABC singing competition were palpable last week after contestant Erika Perry experienced a significant breakdown after being disqualified. The upset singer demanded to "talk to the manager" after learning she had been eliminated from the Hollywood Week episode.

Given that she finished her song a second time, she was not asked to continue in the contest. Erika remained behind after the eliminated contestants had left the room to meet with Katy Perry and her fellow judges Luke Bryan and Lionel Richie.

On Sunday, "American Idol" started a major whittling down of the competition, leaving some fans with mixed feelings about the season, as per ET. The judges' unenviable job of reducing the large field of hopefuls down to only the Top 24 started with Sunday's Idol, which kicked off a fresh round of Showstopper performances.

Hannah Everhart, 17, was one of the night's many lucky ones, attracting praise for her uncanny similarity to Katy Perry, as well as her almost unpolished, take-no-gruff personality. Later in the evening, the elimination seemed to unite all the Idol fans in their complete disapproval of the judges.

On Sunday's episode, Katy Perry likened a nervous contestant with a beautiful voice to one of her most popular friends. "Listen, my friend Florence, of Florence + the Machine,...you remind me a lot of her," she told Cassandra Coleman, a coffee shop manager who'd just performed on the first Showstoppers segment.

"I love her," Coleman responded, her voice already trembling with nerves and enthusiasm after doing a beautiful cover of Aurora's "Running With The Wolves." Perry believed that when she eventually makes it big, she'd follow in Florence Welch's footsteps. Coleman's voice was described by Perry as "unique," "powerful," and "very pure."

Coleman, along with nine other contestants, made it into the show's Top 24. Perry assured the redhead that she still has all of the necessary tools; and that all she needed to do was believe in herself.

Lionel Richie, 71, watched the Idol contestants sing for the Showstoppers round, aka Final Judgment, over a Zoom hook-up from home due to a potential coronavirus exposure. Overall, those in the field put in strong results, with just a few missing out, Daily Mail reported.