On Tuesday, a 12-year-old boy killed himself by jumping from the roof of an Upper East Side building in New York City. 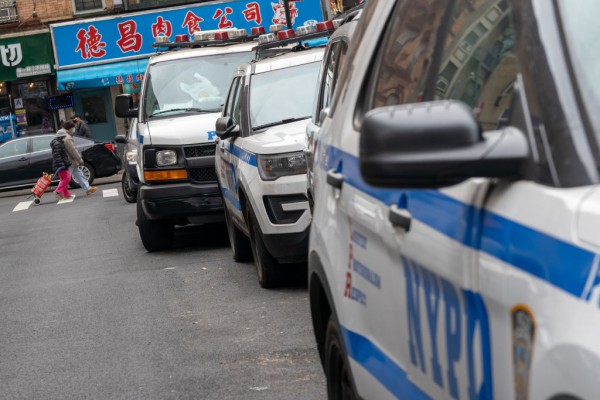 When the unidentified boy jumped from the 15-story apartment building at 1045 Park Avenue, he landed on a parked car.  According to DailyMail, the NYPD rushed to the scene at 3:45 PM after receiving a 911 call.

While the NYPD investigates, no further information can be released.  While no specifics have been released by the authorities, the alleged suicide occurs at a time when mental health experts have voiced concern about the impact of a year of lockdown with no school on children.

Officers discovered an unconscious and unresponsive boy atop a car with body injuries. According to the New York Post, the boy jumped on a parked vehicle, breaking the front windshield.

The officers said that EMS was sent to the scene and transferred the boy to Lenox Hill Hospital, where he was later pronounced dead. The cause of death will be determined by a medical examiner.

The victim's age has not been revealed by the NYPD while the case is still pending. The 12-year-old boy's death is eerily close to another death that occurred in Manhattan on October 19.

Matthew Pierre, 13, was discovered shirtless on the ground about 6 AM outside an apartment building on West 43rd Street near Ninth Avenue in Hell's Kitchen after plunging 20 feet down a terrace to his death. Police were investigating Pierre's death as a suicide after discovering mysterious writing on the teen's device.

A GoFundMe page dedicated to Pierre's family raised over $35,000 in honor of a 'sweet and loving child.' 'Matthew was a source of pride and excitement for his parents Jeri and Edwin, as well as his older sister Nyla,' according to the fundraiser.

Mayor Bill de Blasio has previously voiced concern for children's mental wellbeing as a result of the pandemic, and has pushed to reopen schools with that in mind. According to NBC New York, de Blasio said in February, "The fact that these kids have been through this tragedy, the pain they've endured, many kids have lost, loved ones.  In the absence of, you know, the daily routines of their lives, many kids feel very isolated.

The suicide rate amongst New York students is quickly doubling, said then-Schools Chancellor Richard Carranza at a town hall meeting. The NYC Department of Education said one out of every five children has a mental health issue.

Girl, 3, Dies After Falling Into a Septic Tank in New Jersey