Girl, 3, Dies After Falling Into a Septic Tank in New Jersey 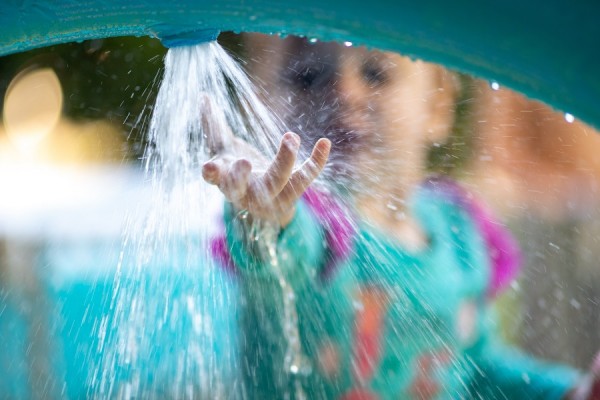 (Photo : Jeremiah Lawrence/ Unsplash)
On Saturday night, a 3-year-old girl died after falling into a septic tank at a New Jersey Shore campground.

The young girl was brought to the Cape Regional Medical Center, where she died later that evening. The girl's death, according to Andrew DeLong, regional vice president of Sun Communities & Sun RV Resorts, was a "devastating tragedy."

"There was a horrific accident involving a child at our campground in Cape May last night, and first and foremost, we want to extend our sincere condolences to the family as they face this very difficult time," Delong said. He added that the incident was devastating and their thoughts are with the family as they stand ready to give support and comfort they may need, NJ.com reported.

Cape May County Prosecutor Jeffrey H. Sutherland and Lower Township Police Chief William Priole said in a joint statement that investigators who responded to the incident had begun an investigation into the girl's death. The Southern Provincial Medical Examiner's Office performed an autopsy on Sunday morning, as per Daily Mail.

Although the incident was still being investigated, Sutherland claimed that it appeared to be an accident. The cause and manner of death will be revealed after the autopsy report is finished. Sun Outdoors Cape May advertises campsites, RV sites, and holiday rental cabins on its website.

As of 2 p.m. Sunday, the child's identity had not been announced. According to DeLong, the campsite is cooperating with local authorities while the investigation continues. Vacationers may stay in RV sites, tents, or rented properties at the campground as the season began on April 1.

Drowning: one of the leading cause of death in children

According to the World Health Organization, drowning is the third leading cause of death for children aged five to 14, with over 90 percent of deaths happening in low and middle-income countries. Most children enjoy being in the water, particularly during the summer months, which raises their risk of drowning if adequate safety measures are not taken. Effective drowning measures must include solutions like pool walls, stronger monitoring, and swimming classes, in addition to existing policies and regulations ensuring water safety, WBOC reported.

According to the Red Cross, the locations that pose the greatest risk of drowning differ by age. Children under the age of one, for example, are most likely to drown at home in a bathtub or bucket. Children between the ages of one and five years old are also the most likely to drown at home but in swimming pools or hot tubs (most often owned by family, friends, or relatives). For this age group, 87 percent of drowning deaths occur in home pools or hot tubs. Many young children drown in bathtubs after swimming in baths. Other areas where infants and toddlers can drown include bath benches, sinks, wells, cisterns, ponds, and septic tanks.