The suspect of the Boulder massive shooting, Ahmad Al Aliwi Alissa, allegedly has a mental condition and has family issues. Officials are still looking into his mental condition after ten people were left dead following the shooting inside a store in Boulder, Colorado, on Monday afternoon. 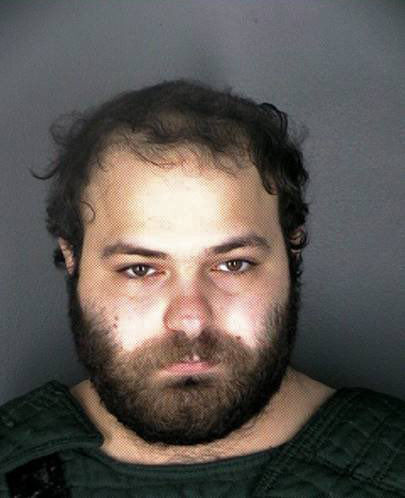 "There is a possibility he was having problems with his family," a source with knowledge of information exchanged between the FBI and other law enforcement working on the case told The Sun. His mental condition is being investigated as well.

On Tuesday, law enforcement was seen approaching Alissa's $800,000 family home in Arvada, Colorado. It's about 30 miles from where he allegedly opened fire with an AR-15-style rifle at the King Soopers grocery store on Monday afternoon.

On Tuesday, a young woman at the address asked reporters to "please stop," just minutes after three detectives left after spending 90 minutes inside. When detectives were meeting with the family, a young boy, about two years old, would regularly come to the window and wave at reporters.

Several members of Alissa's family are thought to have remained inside the home, which has an array of solar panels on its roof. On Tuesday evening, some other law enforcement agents were seen going door to door, meeting with the family's neighbors, wearing uniforms with "FBI" and "CBI" printed on the back. "We are carrying out investigations linked to the incident, and that is what I can say," an officer named Tim Martinez told The Sun.

The FBI was said to be aware of the alleged Boulder shooter, who had made comments about Islamaphobes before the shooting. After killing ten people, Alissa has been charged with murder, including police officer Eric Talley, in a convenience store with an AR-15-style rifle.

According to the New York Times, the suspect had two run-ins with Boulder police in 2018, one for third-degree assault, a misdemeanor, and the other for malicious mischief. He may or may not have been accused of a crime. According to law enforcement sources, Alissa is already known to the FBI because he was connected to another individual under investigation by the bureau.

According to a police affidavit published by the New York Post last night, Alissa demanded to speak with his mother before surrendering. Meanwhile, the suspect's 34-year-old brother, Ali Aliwi Alissa, told The Daily Beast that Ahmad was "very anti-social." At high school, the alleged gunman would talk of being chased and fearing that someone was following him and looking for him, his brother said.

According to an arrest affidavit issued on Tuesday, the suspected gunman purchased an assault rifle six days before opening fire inside a busy Colorado supermarket. Officer Talley, 51, was first on the scene and was fatally shot when he ran inside to confront the gunman.

In the graphic massacre, witnesses identified the attacker shooting victims one by one with a rifle. Police escorted a man - the accused shooter - away from the scene in handcuffs, clothed in nothing but shorts and covered in blood, the video showed.

Boulder Colorado Supermarket Massive Shooting: Who Is the Suspect? What Is the Motive?

Alissa was later identified as the suspected shooter by police. He's been charged with murder back then. The suspected gunman's house was raided by police after the attack, as per the suspect's brother.

"I don't need to wait another minute - or another hour - to take common sense action that will save lives in the future," President Joe Biden said this afternoon in response to the attack. Biden noted that they could do this while he was a senator, asking congress to close background search loopholes and outlaw assault weapons.

Footage shows a shirtless Alissa, 21, covered in blood, being lead away in handcuffs as horrified survivors described how they escaped the massacre in Boulder, Colorado, yesterday afternoon. During an 8:30 a.m. press conference, Boulder Police Chief Maris Herold described Alissa as the suspected gunman, adding that dozens of agencies have investigated the massacre.

The victims ranged in age from 20 to 65 years old, and Mayor Sam Weaver said the city felt the tragedy "in our bones." "We will never thank Officer Talley or his family enough for their dedication," Weaver said, describing slain officer Talley as a genuinely courageous public servant.